Sacramento, CA – When he took over the fourth quarter, the crowd erupted!   The hero of the night felt no pressure in leading the Kings to back-to-back wins in two nights.

Isaiah Thomas scored 17 of his 23 points in the fourth to rally Sacramento to a 117-111 victory over the Houston Rockets.  Being down by as much a twelve points headed into the quarter, Thomas became aggressive hitting four 3-pointers, went perfect from the line and made all nine attempts.

“I tried to let the game come to me early and it backfired a little bit,” said Isaiah.  “I wanted to be aggressive and make plays in the fourth to get guys going.  I didn’t feel like I was being aggressive in the first three quarters.”

Thomas led the Kings offense who outscored the Rockets 17-7 over a four minute stretch.  Sacramento converted 26 of 27 free throws and out shot Houston 55 percent from long range.  Getting “hot” late, Isaiah was able to shut down Jeremy Lin who fouled out in the fourth.

“He [Thomas] got into the paint and got fouled a lot,” Lin said.  “He just did a good job of drawing fouls with pump fakes.  He had a real good, efficient game.”

James Harden had 30 points, six rebounds and four assists for Houston and that was not enough to stop the Kings.  There was a collective effort from all on defense and despite being in foul trouble in the second half, DeMarcus Cousins added 20 points.  Chuck Hayes a former Rocket played a key role in replacing Cousins in the fourth with a season-high 12 rebounds.

“Chuck was like a catalyst for our defense,” said Isaiah.  “When he’s in there he’s always giving us a lot of support at the defensive end.”

“We didn’t defend very well all night with anybody on the floor,” coach Kevin McHale said.  “They broke us down, got us in the paint, collapsed us, threw it up and made it.”

Houston took the lead for the first time in the third quarter and opened the fourth with eight straight points.  But Sacramento chipped away and regained the lead after a 3-point shootout late in the quarter.  With 1:09 left in the game, the Rockets were down by one and Harden fouled John Salmons in the act of shooting on a 3-point shot.

Not the smartest move as the Kings had been stellar behind the line.  Salmons buried all three shots and Houston became unraveled.  They struggled on defense which resulted in fouling as time expired.  The Rockets continue their road trip against Golden State and the Clippers before the NBA All-Star break.

The crowd growing larger each game since the announcement of a move to Seattle chanted throughout the game to keep the team in Sacramento.  That energy is what the Kings need to rally back when they lose their lead and tonight was the second night the team fought back for a win.

“Our group on the floor in the fourth quarter did all the right things defensively,” said coach Keith Smart.  “They turned the game around and got us the win.” 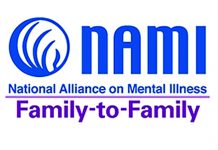 Officials Will Be Held Accountable in 2016 City Elections for Failing...

International Symposium on the Afrodescendant Movement in Latin America

Supreme Court Says Prisoners Can Seek Parole Who Were Sentenced to...