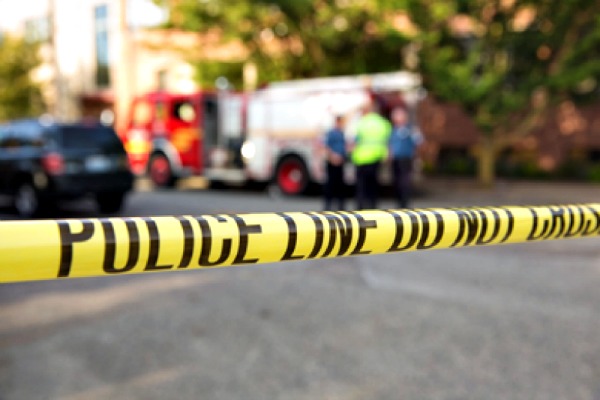 Mental health is almost never brought up as a subject of conversation in Black America – certainly not in urban communities like Oakland where shootings and bursts of domestic violence are often leading stories on the evening news.

In a city like Oakland – where 35 percent of non-affluent young adults are unemployed –children grow up in a world constantly rocked by crime and violence that shapes their expectations for themselves and they people they love.

Oakland has become a modern day warzone. According to the 2013 Year End Crime Report from the City of Oakland, the city averages 107 homicides a year. The city’s ShotSpotter technology, which captures the sound of gunshots within the city, recorded 16,000 rounds of gunfire last year.

It’s a sad truth, but by the time many Oakland youth have entered high school, they have experienced the sudden death of a friend or loved one.

Yet discussing the impact of these long-term wounds is taboo, more than likely swept under the rug where they are left to fester. The unwillingness to initiate a frank discussion of mental health issues contributes to the problem.

According to the National Center for Victims of Crime “The trauma of victimization is a direct reaction to the aftermath of crime” and that “crime victims suffer a tremendous amount of physical and psychological trauma, often referred to as Post Traumatic Stress Disorder (PTSD).

Rickey Hollins, 18 years old in 2006, was standing on a corner talking to a group of friends when a car pulled up. Three shooters got out with AK47s and opened fire on the group.

His sister was shot in the pelvis, and another friend was hit in the shoulder and back. Hollins received a shoulder wound. His friend Jay Black died on the scene.

Hollins’ best friend, Willie Clay, III, was laying on the ground unresponsive. He was transported to a hospital but died from one gunshot wound to the head.

“I feel guilty because we should have left the scene before anything happened,” said Hollins. “We had a plan to leave but we stayed.”

Hollins remembers cleaning his friend’s blood and brains off the concrete. He says some of Clay’s dreadlocks had come off his head when he was shot. He cleaned them and gave them to Clay’s mother.

One health professional who has to deal with the aftermath of these bursts of horrific violence is Dr. Swapnil Shah, director of the Orthopedic Trauma Center of Alameda Health Systems.

Working at Highland Hospital, the center assists patients with numerous muscular and skeletal problems. Nearly 50 percent of those daily patients are victims of violence.

The center’s patients have physical injuries that are noticeable and in most instances easily treatable, but the psychological issues are lasting and go untreated, according to Dr. Shah.

“If they’ve lost a loved one, they will become very distrustful and easily develop a hypersensitivity to pain,” he said. “They hold onto that physical pain as a marker to their emotional pain.

In Oakland, as in other urban communities, “It’s like a badge of honor to say I’ve been shot, but nobody is willing to say how scared they were when they got shot,…or how they feel going into the world after being shot,” Shah added.

“They are so terrified.”

Hollins is one victim who is unafraid to admit that he was scared or that the incident left him physically and emotionally sick. He said he was angry frustrated, and had to smoke a lot of weed to get through.

That instant of violence has permanently changed his perspective on life. He no longer likes Fourth of July because he can’t deal with the loud noises, and being out late makes him feel uncomfortable.

Though he went to a doctor for his physical wound, he was never offered a counselor or provided any resources to talk to a psychologist. Rather, he admits – just as Dr. Shah stated – that the bullet lodged in his bicep became a marker for his emotional pain.

Before the bullet was finally removed in 2012, he says he couldn’t work, because he couldn’t move his arm, and when he did it reminded him of the day he lost his best friend.

“It probably was a mental thing,” he said. “[But] I was never offered help, I counseled myself .”

And that’s the story that affects the lives of so many youth living in Oakland’s minority communities – the place most dominantly affected by the violence.

In order for that to change, Dr. Shah suggests that the basic approach of health systems has to be one that works with people to help them change their approach to life.

“The whole point is to not only save people lives but to save people’s lifestyles,” he said. “That shift in mentality has to come at this fundamental level.”

This story was reported with support from a grant from the nonprofit(s) Entertainment Industries Council.

Opinion: Remembering the Message of Christmas

Sharon A. Kidd-Lewis, A Lifetime of Making a Difference