Although singer Denise Perrier was born in Baton Rouge, Louisiana, her music education didn’t really begin until she relocated to Oakland with her mother and older sister in 1945.

They lived above a juke joint at the corner of 15th and Cypress in West Oakland and had a jukebox in the living room, on which Perrier first heard singers Billie Holiday and Lil Green.

Today, Perrier performs an arrangement of Lil Green’s 1941 blues hit, “Why Don’t You Do Right?” when she appears with the Junius Courtney Big Band. She has been performing with the band for the past 15 years, and also does gigs with bassist Marcus Shelby’s big band and combos, as well as with her own group.

Her family, which would come to include Perrier’s younger brother and future Herbie Hancock bassist Paul Jackson, moved to Albany when she was 9.

While at Albany High School, her history teacher Phil Elwood, and later a music critic at the San Francisco Examiner, used records as part of his instruction. Those of Bessie Smith especially impressed Perrier.

In 1986, Perrier starred in a play about Smith at the Lorraine Hansberry Theater in San Francisco. Last month, she again portrayed Smith in a cabaret show titled “Bessie, Dinah and Me” at Feinstein’s, also in San Francisco.

Perrier’s career in show business began as a teenage dancer in troupes led by choreographers Zack Thompson and Ruth Beckford before joining the Intervals – a vocal group modeled on the Platters that performed at military bases in the Bay Area and at Esther’s Orbit Room and Slim Jenkins in Oakland.

Louis Armstrong heard them at a NAACP event in San Francisco and was so impressed he brought the Intervals to Las Vegas for a six-week run.

Perrier launched her solo singing career in Australia in 1965 and spent the next seven years performing there, in Hong Kong and Vietnam. She lived in New York City for five years before settling in San Francisco, where she became a favorite on the then-thriving cabaret circuit.

Perrier continues to travel, however. Last year, she did a Dinah Washington show at Dizzy’s Club Coca Cola in New York City and has been to Russia 28 times since 1997.

“Once I started that, it just mushroomed,” she said of her Russian tours. “Before I’d get home, sometimes I’d have another two or three invitations.”

Perrier will perform next on Sunday, Aug. 30 at 3 p.m., backed by pianist Tammy Hall’s quartet, at the Golden Gate Branch Library, 5606 San Pablo Ave. in Oakland. The free show will celebrate the 90th birthday of Josephine King, who has booked Sunday afternoon jazz concerts at the library for the past 25 years.

Can You Guess How Many White Americans Have African Ancestry? 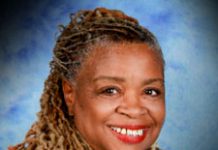