Aug.29 marks the historic anniversary of the Chicano Moratorium.

The event was commemorated this year in Oakland in San Antonio Park on Sunday, Aug. 30 with a festival and concert, with the theme “Xicanas for Third World liberation: One Land One Struggle.”

Held originally in East Los Angeles, the moratorium was the largest anti-Vietnam War demonstration by any minority group in the United States, including African Americans. Estimates of the demonstrators, mostly Chicanos, or Mexican Americans, range from 20,000 to 30,000.

It was also the largest demonstration during the Chicano Movement of the late 1960s and 1970s, the most significant civil rights and community empowerment movement by Mexican Americans in the country to that time.

The Chicano Movement laid the foundation for today’s Latino political power. Aug. 29, 1970, is a day, to borrow from Franklin Roosevelt, “that will live in infamy.” At one level, it revealed that the Chicano Movement had integrated the U.S. unnecessary and unjust intervention in Vietnam and Southeast Asia as a major issue in the movement.

Chicanos were disproportionately being drafted into the military, with many sent to Vietnam and many never returning, or returning physically or emotionally wounded — and usually both.

After the marchers entered into Laguna Park and the speeches and entertainment began, squads of county sheriffs backed up by Los Angeles police stormed the rally with billy clubs and tear-gas rifles. They attacked a peaceful demonstration, injuring some, arresting many, and killing three Chicanos.

The police, notorious for abuses against Chicanos, were not going to allow them to rule the streets of East L.A. even for one day. Chicanos bravely fought back, and a riot — a police riot — ensued that afternoon.

One of those killed was Ruben Salazar, the most prominent newsperson of Chicano background in the nation. He was veteran newspaper reporter, including several years working with The Los Angeles Times that involved writing a highly influential column.

Salazar in death went from being a first-rate journalist to a political martyr of the Chicano Movement.

The events of Aug. 29, 1970, as well as the Chicano Movement as a whole are captured in my new book just published, entitled The Chicano Generation: Testimonios of the Movement (University of California Press, 2015). It is an oral history or testimonios of three key movement activists in Los Angeles: Raul Ruiz, Gloria Arellanes, and Rosalio Muñoz.

Saleem Shakir-Gilmore for District 4, Oakland Board of Education 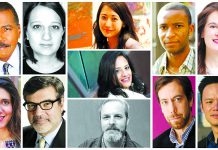 Judge Bernice Donald Speaks at SF Museum of the Diaspora

Sandra Bland’s only Crime Was “Driving While Black”