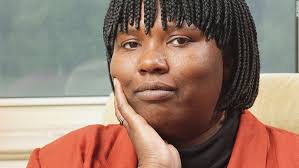 Gloria Naylor, a writer known for illuminating the stories of Black women, died of a heart attack on September 28 in the Virgin Islands, her sister, Bernice Harrison, confirmed to Ebony. She was 66.

According to Harrison, Naylor had been sick for some time and had a weak heart, but her family was not aware of the extent of her illness. Naylor suffered a coronary last Wednesday morning, and medical officials were unable to revive her.

“She was a wonderful person, very generous, kind, and thoughtful,” Harrison said via phone on Monday. “And she will be greatly be missed.”

Naylor, who was a novelist and artist, is best known for her award-winning book The Women of Brewster Place. Published in 1982, the novel went on earn Naylor the National Book Award the following year. In 1989, it was adapted for the screen and made into a miniseries by Oprah Winfrey’s Harpo Productions.

Born in New York, Naylor earned a bachelor’s degree at Brooklyn College before going on to receive her masters in African American Studies from Yale University. Throughout her career, Naylor taught literature at several institutions, including New York University, Cornell, and Boston University, and her beautiful and complex portrayals of the lives of Black women inspired a generation of writers.

“Gloria Naylor gave me permission to write my truth. To rejoice, scream, cry and pray on the page,” she said. “To embrace my Blackness – my womanhood and to hold both in high esteem and guard it with my life.”

Additional praise for the novelist and her work poured in on Twitter.

A pioneer, Naylor fearless explored issues of race, sexuality, and spirituality in her work, opening the door for a wave of contemporary Black fictions writers like Bebe More-Campbell, Eric Jerome Dickey, Tina McElroy Ansa and others.

At the time of her death, Naylor was living in the Virgin Island doing what she did best—writing. Harrison said her sister will be cremated on Tuesday, and they will return to the mainland on Wednesday.

Trump Wants To Start Charging Migrants To Apply For Asylum

God On Wall Street: Is There A Middle Class Breakdown? –...