The LA Chargers. The San Diego Chargers are moving to Los Angeles. You know who doesn’t care? Comic Con International. That’s right: Comic Con. And the reason is that it’s four times more popular than the NFL’s Chargers. Have doubts? Just go to Google Trends and search for “San Diego Chargers” and then compare the search traffic to “San Diego Comic Con.” No contest. (The Zennie Abraham vlog is at Zennie62 at YouTube.)

For Comic Con International, the Chargers have been, for the most part, a thorn in the side of its plans for the expansion of the San Diego Convention Center. The reason is the particular type of downtown stadium planned for the Bolts came with convention center space – and if built would have produced a giant problem for Comic Con.

As David Glanzer, Comic Con International Marketing and Public Relations Director, told me last year, if the Chargers were to build their convention center / stadium hybrid, because it’s not connected to the current main San Diego facility, they would have to rent out that space to prevent any other organization from using it.

What Comic Con has sought, from the start of talks of expanding the San Diego Convention Center, was a truly larger venue – and with a “Hall H” that would be double the size of the 6,800 capacity room that has played host to everything from the casts of the Star Wars movies, to The Marvel Comics Universe. Increasing the hotel tax and then paying for a downtown stadium / convention center would have wrecked Comic Con’s plans, and caused them to leave San Diego.

I personally tried to broker a relationship between Chargers Owner Dean Spanos, and the Comic Con people – but frankly, neither side put talking to the other side in high priority. They never tossed water on it, nor did they refuse to take my information, but the meeting never happened. One Comic Con exec once said to me as he walked off to a meeting “Have him call me” – not, “I’ll call him”. And the reason for that bears repeating.

San Diego Comic Con is much more popular than the San Diego Chargers. “SDCC” as it’s called draws a worldwide online audience that then translates into the giant 160,000 person annual convention that’s come to define life in San Diego. The best approach would have been for Dean Spanos and his Chargers brass to pursue to a deal with the Comic Con people. But where things are now is such that The Los Angeles Chargers are, to put it mildly, a mistake. The NFL’s really screwed this one up, and for several reasons.

First, San Diego Chargers fans aren’t so rabid that all of them are going to drive up the 405 to see the LA version, and because the majority of them are pissed off with Dean Spanos. Second, there’s no market study to support the idea that people in LA want to see the Chargers. Third, between St. Louis (which had the Rams until last year) and San Diego, the NFL has managed to upset about 8 million people. That’s 8 million people who are far less likely to watch a league game on television, or even Twitter. Fourth, you have the LA Chargers providing a little competition for the LA Rams in their backyard and in an uncertain market. Couple that with the overall reduced demand to see them play on television and you can see the NFL’s problem.

The trouble is the NFL doesn’t see the problem – but it’s going to feel it, and right where it matters most. It’s pocketbook.

Soul Singers Come to the Aid of Rosie Gaines with Benefit,... 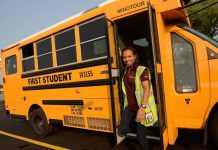 Truck Scale and Minimart at Port of Oakland to be Evicted...