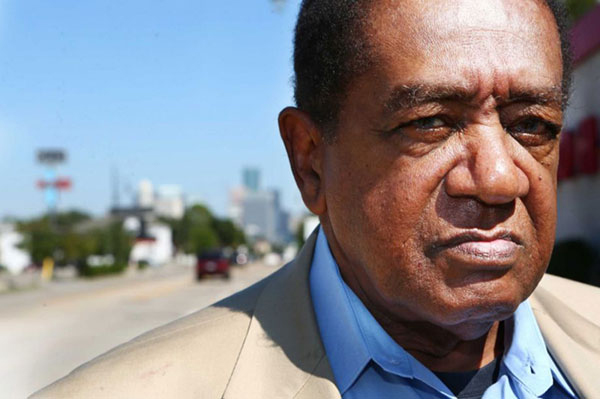 Bobby Seale, who co-founded the original Black Panther Party 50 years ago, is scheduled to take part in two Black History Month events in Richmond next week, both sponsored by the nonprofit For Richmond.

The public is invited to attend a “Breakfast with Bobby Seale” event from 9 a.m. to 11 a.m. on Friday, Feb. 24, at Craneway Pavilion, 1414 Harbour Way South. Admission is free.

During the breakfast, the 80-year-old Seale, who along with fellow activist Huey Newton launched the Black Panther Party in 1966, plans to “reflect upon his momentous social justice work and advocacy on behalf of African-American people—including in Richmond,” organizers said.

Before his speech at Craneway Pavilion, Seale is also scheduled to participate in a private event at Pullman Point Apartments in Richmond.

He will attend Soleil Kids Café, a free breakfast program for school age children and their families that was recently launched by For Richmond in partnership with Café Soleil of El Sobrante.

The program, which ensures children have a healthy and hearty breakfast so they can perform at their highest level at school, was inspired by a Black Panther Party initiative launched in Oakland in 1969 called the “Free Breakfast for School Children Program,” which grew to serve more than 10,000 children nationally.

Seale and Newton were heavily inspired by Malcolm X and launched the Black Panther Party as a platform and front against what he called a “racist, decadent, capitalistic system” that denies African Americans their basic rights to freedom and opportunity.

The Black Panther Party originally formed in response to Oakland police brutality, but grew to become a national force in the civil rights movement.

Seale was one of the antiwar activists known as the Chicago Eight who were charged with inciting violent demonstrations at the August 1968 Democratic National Convention in Chicago.

He was born in Dallas but later moved to California, where he graduated from Berkeley High and drew an interest in politics. He met Newton at a rally protesting the blockade against Cuba.

Courtesy of The Richmond Standard

OP-ED: Selma and Shelby: The Fight for Voting Rights

Another walk-off, Matt Olson homers in 10th for the win

Lee and Her Groom ‘Jump the Broom’ on New Year’s...