Maybelle Louise Broussard, a member of the Delta Sigma Theta Sorority for 84 years, died on Feb. 9. She was 102.

Mrs. Broussard was born March 31, 1914 in her parent’s house on Kirkham Street in West Oakland.  When she graduated from Oakland Technical High School, in 1932, her mother insisted that she pursue a college education.

One of a handful of African American students admitted to UC Berkeley, the young woman earned a B.A. degree in languages.

In 1940, she married Texas native Ernest Broussard. They had three children, Ernest Jr., Toni, and John.

When the post office opened up to Black men, Ernest Broussard became a mail carrier. He later opened a real estate office in East Oakland. He died in 1971.

Thirty years after earning her bachelor’s degree, Mrs. Broussard returned to college to earn a secondary teaching credential in Spanish from California State University at Hayward.

She worked for the State of California as a bilingual employment counselor and later for the Oakland Unified School District teaching English as a Second language.

Because of her interest in other cultures, she traveled extensively to Africa, Asia, Europe, and Central and South America.

Her grandchildren, Zahrah, Jule, Omar, and John, and great grandchildren, Eli, Maya, Jule, and Mallie, remember her as a fun loving person with an enduring spirit.

A’s Walk Their Way To Victory 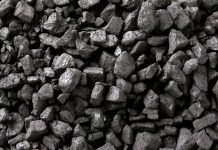 OP-ED: Castlemont, Fremont, and McClymonds Don’t Need to be Charters