The 24th Annual Alameda County Women’s Hall of Fame Luncheon and Awards Ceremony will be held April 1 in Pleasanton.

Twelve local women representing the region’s rich diversity as well as an exceptional range of achievement will be inducted into the Alameda County Women’s Hall of Fame at the Luncheon and Awards Ceremony.  The Saturday, April 1 event will be held at the Alameda County Fairgrounds, Building B, 4501 Pleasanton Avenue, Pleasanton.  Doors open at 11:45 a.m. with the ceremony scheduled to begin at 12:30 p.m.

Sherry Hu, Emmy winning reporter for KPIX-TV Channel 5, will serve as this year’s Mistress of Ceremony.

This year’s inductees are:

Tickets are $100 each and can be purchased online here.   Proceeds will support far-reaching local partners serving women and families in Alameda County.  In addition, the event will raise funds to support the academic pursuits of local girls through the Mary V. King “Leading the Way” Youth Scholarship Fund, named after the former Alameda County Supervisor and Women’s Hall of Fame co-founder who died in 2015. 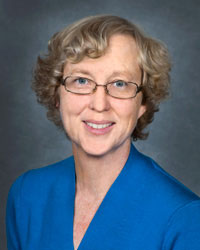 Strong Turnout by Voters with Disabilities

Trailblazer and Champion of the People, Mary King, 69

Raiders Have Major Presence at We Day