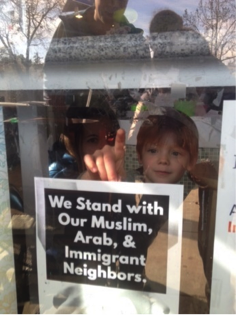 Over 50 people East Bay residents canvassed the streets around Telegraph Avenue from Uptown to Temescal last Sunday in Oakland on Sunday, giving posters to store owners for their windows that said, “We support our Muslim neighbors,” and, “We oppose racism and Islamophobia.”

One of the canvassers, Glen Hauer of Berkeley, said, “I participated because it needed to be done. We have to counter the Republican regime’s attempt to rip our country apart, and especially, to demonize our Muslim and immigrant neighbors.  It turned out to be a delightful and refreshing action, which benefitted those doing it as much as it knitted our communities together.” 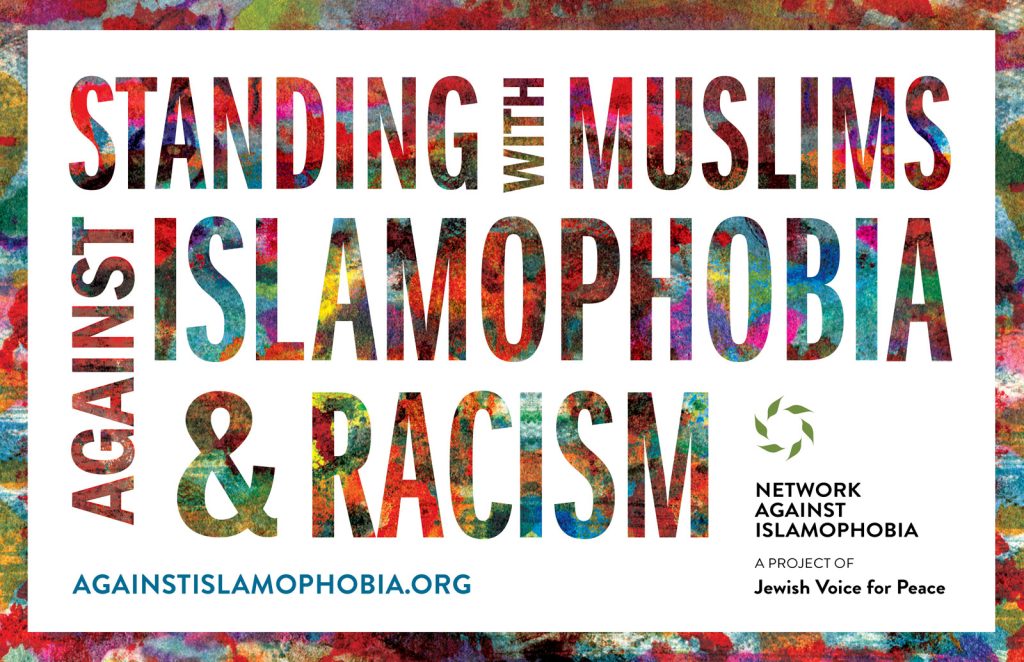 Canvassers ranged in age from children to 90 years old, including a strong youth contingent. Storekeepers and neighbors greeted the canvass and posted signs with enthusiasm. “I’m so happy to be able to do something,” one said as she put up a window sign.

The canvass began near the Islamic Center on 31st Street and ended at the Lighthouse Mosque on 42nd Street.  The day’s activities included a Know Your Rights training and a closing circle with food and sharing of experiences.

A 90-year-old woman participant said, “I have waited a long time for this.”

One immigrant participant cried in happiness over the solidarity she felt on the canvass.

The event was the third canvass hosted by Jewish Voice for Peace Bay Area. Previous actions covered the Fruitvale, Dimond, Lakeside and other districts.

Jewish Voice for Peace (JVP) Bay Area is the local chapter of a national, grassroots organization working for a just and lasting peace for the people of Israel and Palestine and fighting for social justice in the USA.

JVP has over 200,000 online supporters in over 60 chapters.
Oakland Islamic Center and The Lighthouse Mosque are two of the leading Islamic communities in the Bay Area, including hundreds of dedicated people of many ethnicities and national origins.

Canvass actions will continue on a monthly basis. For information call Jewish Voice for Peace at (510) 255-0058 or e-mail [email protected]

“Finding Your Roots” Returns to PBS With New Episodes