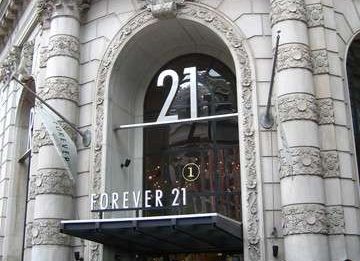 The State Department of Fair Employment and Housing (DFEH) has filed a lawsuit charging that Forever 21, Retail Inc. violated the state’s civil rights laws when it adopted an English-only policy at its flagship San Francisco store.

The suit filed Wednesday in San Francisco County Superior Court by DFEH attorney Denise Levey alleges multiple violations of the Fair Employment and Housing Act, which prohibits discrimination against employees based on their national origin, and specifically prohibits the adoption and enforcement of English-only rules absent a business necessity.

According to the DFEH’s lawsuit, Forever 21’s San Francisco store prohibited employees from speaking any language other than English during work hours, including when greeting one another, during employee rest breaks, and when speaking to monolingual Spanish-speaking customers.

When three Spanish-speaking employees complained about the policy, their work hours were reduced and they were subjected to hostile treatment from management.

“Rules that limit or prohibit the use of any language in the workplace, including English-only rules, run afoul of the (fair employment act) unless justified by a business necessity,” said DFEH Director Kevin Kish.

“Linguistic diversity is a business reality in the California workplace, and the department will carefully scrutinize English-only rules to ensure that all employees are treated equally, regardless of their national origin.”

The DFEH is seeking compensatory damages for the employees who complained about the policy as well as injunctive relief.

Film on the Right-Wing Media Shown at Marin City Library

Some Californians Say moving From Natural Gas to Electricity Will Cost...

Opinion: The Moral Injury Veterans Suffer From war Is Not Worth...