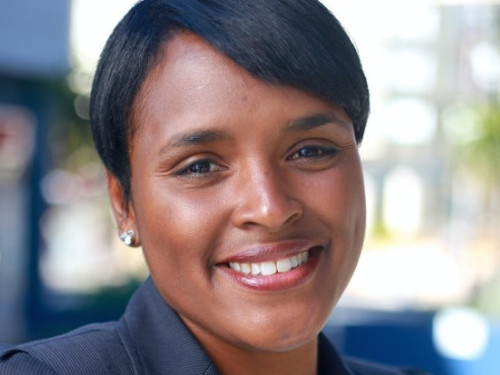 When former Labor Sec. Tom Perez defeated Rep. Keith Ellison in the race to head the Democratic National Committee, it was seen as another defeat for progressives. (Perez later named Ellison deputy chair.

Yet, some progressives are still seething over the fact that Vermont Sen. Bernie Sanders, their favored candidate, lost the presidential nomination to former Sec. of State Hillary Clinton.  But the California Democratic Party may be on the verge of electing a  party outsider candidate Kimberly Ellis. If she wins the election in May, Ellis would be the first African-American and only the third woman to hold the post.

Ellis has been backed by Reps. Jackie Speier, Mark DeSaulnier, and Ro Khanna. She’s running against Eric Bauman, a veteran political operative, who served as chair of the Los Angeles Democratic Party for seven terms, according to Calwatchdog.com.

“Kimberly is clearly inspiring new grassroots activists, long-time progressive organizers, and seasoned party leaders. While the California Democratic Party has not fully healed from a tough primary last June, it’s remarkable how these two sides are coming together. Kimberly is getting our party to look ahead, not behind,” said DeSaulnier.

According to a press release, Ellis said the California Democratic Party needs to look at a new generation of leaders.

“Consistently on the campaign trail I hear from our longest-serving activists that they want new blood and are welcoming the new energy with open arms,” said Ellis.  “It’s clear that there is no longer a place in the California Democratic Party for elitist attitudes. We’re expanding the tent and adding new voices to our ranks – and we’re a better party for it.”

California has moved to the left politically, as the country moved to the right by electing President Donald Trump and giving Republicans control of both Houses.

Dr. Anthony Samad, an author and political science professor at East Los Angeles College, said he’s not surprised that California progressives are rallying around a candidate as the country moves to the right.

“I think the progressive movement in California is usually ahead of the nation,” said Samad.

He also said the fact Ellis is seen as a fresh face, could work for and against her.

“She’s seen as a young, northern activist,” Samad said. “She’s running against someone who’s entrenched in the Democratic party.”

But he added that an Ellis victory would represent a change in direction for the party.

“If she wins it will represent a new generation of leadership,” said Samad.

The California State Democratic Party election will be at the convention May 19-21 in Sacramento.

150 Years After Ratification of the 15th Amendment, Black Votes...

OP-ED: There’s a ‘Ferguson’ near you

Op-Ed: How to Protect Our Communities From Homegrown Terrorism