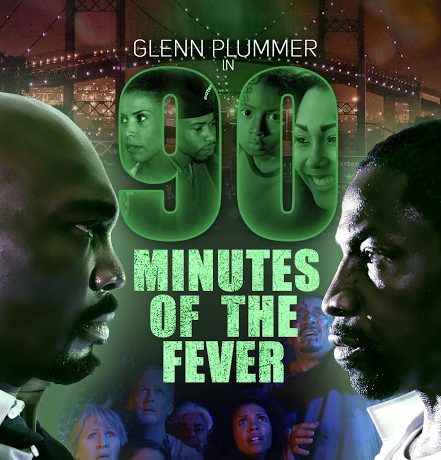 From April 4-8, about 40 films from 33 countries screened, including works by Oakland directors

The Oakland International Film Festival gave Oakland an opportunity to shine – its artists the polish and vehicle. From its inception 15 years ago, this festival has maintained its focus—on Oakland and its diversity of talent: directors, writers, actors, technicians—famous and up and coming.

Beginning on Tuesday, the festival featured at least 40 films from 33 countries that were screened all over Oakland, from the Grand Lake Theatre to Oakland’s Chinatown and Holy Names University with workshops and panel discussions for many.

“About a third of the films are by Oakland filmmakers,” said OIFF co-founder David Roach said. “About a third are feature films. Some of them are documentaries, shorts, narratives, a couple animation films. We have submissions from 33 different countries, which is more than usual. This means that folks are seeing Oakland. We hope we can connect the Oakland filmmakers to those other markets as well as we continue trying to utilize this medium as a way to connect people and cultures to create more understanding.”

It culminates on Saturday with “Roots at 40” at the Scottish Rites Theatre at 1547 Lakeside Drive on April 8 at  6:30 p.m. Actors will be present from the first series and the more recent series in 2016. Together with directors for the series, they will discuss “Roots” and its impact on American consciousness 40 years later. How did Roots shape our perceptions of being black in America and by extension how blackness was perceived then and now? Does it matter that Haley’s research was not 100 percent accurate and that his results questionable? Joanna Mountain, Senior Research Director of “23&Me,” one of the guest moderators, will help facilitate such questions.

Roach did a lot of research preparing for the festival, one part was perceiving a pattern in the selections and creating its theme.

“Our Festival has a lot of rootsy themes,” Roach said. “For example, Regina Mason’s  “Gina’s Journey: In Search of Williams Grimes,” who wrote a narrative before Frederick Douglass about the horrors of slavery. (It) shows how a question raised when she was a child about her ancestors and her heritage, took many years before it was resolved. Mason learns how to do genealogy research and finds out that she is” descended from William Grimes, Roach said.

On Wednesday night at Holy Names University, two documentaries deal with the presence of African culture in the New World, “Yemanja: Wisdom from the African Heart of Brazil” and “Masters of Rhythm,” a short film about Afro-Peruvian drumming.

Roach also made sure that Oakland’s ‘roots’ were showing, by featuring six shorts on Tuesday by home-grown directors.

Two films deal with agriculture, one on the impact of climate change restrictions in Europe and the other, “Cultivating Community,” on urban farming in Oakland.

As part of its “made in Oakland” programming, OIFF  gave newcomers a chance to get feedback from “The Pitch,” a daylong series of screenings at City Hall of new work on April 7. Directors were invited to screen an excerpt of their work, speak for 1-minute about the film and what their needs are to move forward, and get feedback from audience.

Opinion: Billions for Boeing, Pennies for the People