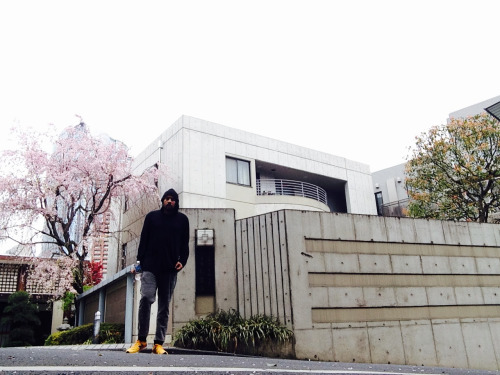 When I was 26 or 27 years old I was facing some personal and professional adversity. I had spent my early and then ending mid twenties as a relative star in my hometown. I was known, popular, and genuinely committed to doing what I could to help support our community. A storm was on the horizon though…

Two things about being in your mid-twenties:

1. You don’t realize how young you really are

2. It feels like you’re facing the beginning of the end of your young adulthood, when it actually is the start of it.

So there I was. Fortunate, popular, and not only known- but known for a lot of cool and meaningful work that I had put in. Bruce Lee famously said once:

I can relate to this sentiment. I can play coy but the reality is at 27 years old I had already been ill (ill like fresh in these streets, cousin :)) for a long while.

I went to a former mentor of mine with some of my troubles and he asked me if I had ever heard of “Saturn’s Return”. I hadn’t. He explained an astrological theory that our cosmic lives are in alignment with the 29.5 year time span it takes Saturn to make a full orbit back to the place it was when we were born. That Saturn is scrutinizing and brings a harsh, yet beautiful at the end cleansing to our lives. it begins around 27 years old, is at peak at 30yrs, and subsides around 33. I considered it. But then I lived it…

So there I was at 26 or 27 years old strolling along in my life and then, whoa…

The ground started shaking. Family issues started to really erupt. Then weird business happenings started to threaten my earnings. Ground shook harder… Betrayal by loved ones and confidants… Shake, shake, shake. Family issues worstened. These were all external factors I was waring off, but then my own mistakes and shortcomings started to reach up for me. I was willing to face myself and deal with those things- but it all happening in the heat of the quake made it even more difficult. I’m walking along the quake line and I’m 29 or so… Loss of love, loss of hope. More shaking. More so my earth was a bellowing convulsion beneath me.

But I was bobbin’ and weavin’,homie. Picture me shadow boxing:

Then came an ultimate betrayal… POW!

I was down flat on the mat. Fly as shit like Bruce said, but out cold. Probably drooling…

And I really had been out for a minute. I had just escaped into a fort built of materials and wisdom gathered along the way during the spell before Saturn’s harsh love storm arrived. At had been raining outside all along. I couldn’t get a break long enough to finish my next record, and my time went to sustaining my business and life rather than growing it.

You see, before you get there, you picture turning 30 as an arrival. Like this moment where you will be relishing in your success and the hard work from your twenties. But really, 30 sucks. For everyone. Ask anyone to reflect on what was going on in their lives between the ages of 28 and 32 and if they’re honest there’s some real sucky sh*& poppin off in there somewhere.

My ears were ringing when I stepped out of my fortress at 33 years old. Cuts from the storm all healed up, minimal scarring, and ever stronger.

Fast forward to me here at this park in the Nishi-Azabu district of Tokyo (pictured below (no filter)). It is quiet as quiet as quiet can be. I found the park by (non) mistake after searching for a temple I had been pointed to. I’m sitting here alone and this Cherry Blossom tree is gleaming at me. I just sat here soaking it in for 3 hours. There was no noise and I am careless. As in care-free. I came here alone. I brought myself to Tokyo. Blood, I’m from East Oakland.

The storm passed. Accepting it, braving it, and emerging it has been one of the greatest accomplishments of my life. You know what surviving it requires? Acceptance. Accepting yourself and others, as well as not accepting what is not truly you, and not taking on other people’s crap in some odd act of politeness. Getting over yourself and facing yourself. For me, these were all tenets of how I got through it.

So to all the folks out there braving Saturn’s beautiful push and pull, keep walking and play for keeps along the way. The storm passes. There’s a perfect Cherry Blossom tree at the end of the tunnel.

**Oakland native Ise Lyfe is currently in Japan on a month long artistic journey. Visit his tumbler for updates on his trip.

OP-ED: We Make a Difference – “Strength in Numbers”

OP-ED: Proposed Dept. of Race and Equity and the Prophetic Work...