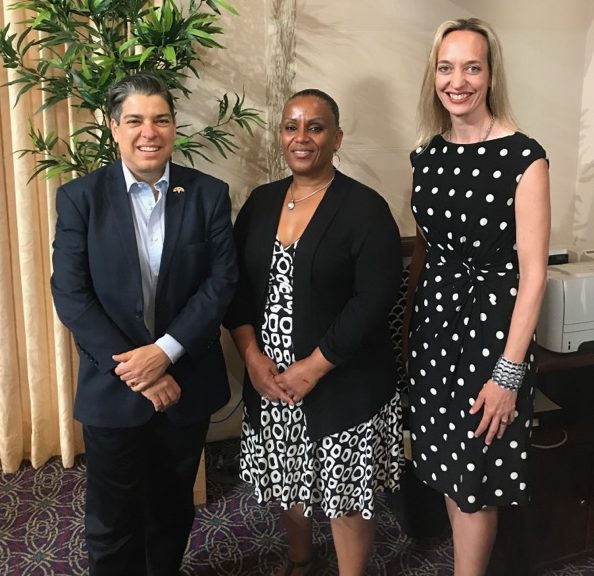 In a presentation at this week’s City Council meeting, Mayor Libby Schaaf’ attempted to put a positive slant on her proposals to close a $32.5 million deficit in the new two-year budget that will be adopted in June. But the mayor faced a backlash from council members and community speakers who were furious that she wanted to divert Measure HH soda tax revenues to help close the city’s deficit.

In face of the pressure, she backed away from the plan after a number of speakers, who said they had supported her in the last election, threated to campaign against her reelection.

Mayor Schaaf faced harsh criticism from Annie Campbell Washington, Rebecca Kaplan and Desley Brooks, the co-authors of Measure HH, which was on the November ballot and passed with 61 percent of the vote.

The authors of the measure, along with community members, including, health professionals and advocates, urged the mayor to keep the faith with the voters and spend soda tax revenue according to community input to improve health and nutrition.

“This sets a bad precedent. We should honor our word (to the community),” said Councilmember Brooks.

“This sets a bad precedent on the national level (and could impact) soda tax measures across this country” she said. “We are talking about a serious health issue, and that´s what we went out to the community in good faith and said.”

“The issue is not whether the diversion of Measure HH money to the general fund is legal, said Campbell Washington. “What is completely unacceptable is to destroy the public trust that we built when we went door to door talking about the (measure), when we talked about health impacts in Black and Brown communities, caused by sodas.”

Kaplan said, “I will continue to fight to ensure that soda tax dollars are used properly, with community input, for programs and education to improve health and nutrition, particularly for our most vulnerable communities that have been disproportionately affected by diseases resulting from sugary drink consumption.”

Thirty-six speakers signed up to talk to the council about the issue.

A public health professional said she worked alongside Mayor Schaaf to support Measure HH, serving as a precinct captain. “I put my credibility on the line. I´m not sure we were exactly campaigning for the same thing,” she said.

“It may well be political suicide. (People) will not forget what happens with this budget.”

How to Lower Your Surgery Costs

“In the Name of Love” Musical Tribute to MLK