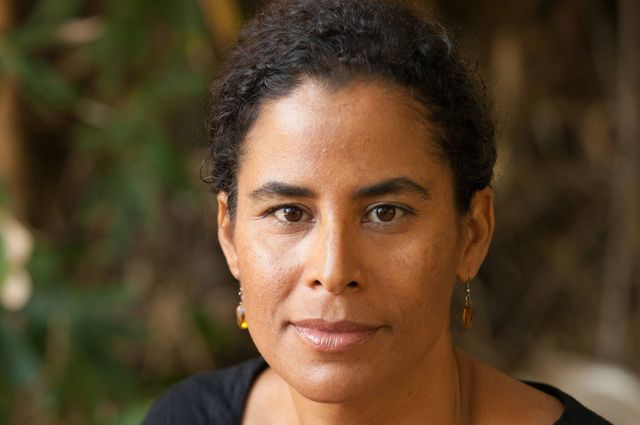 For several years, UCLA history professor Kelly Lytle Hernández has reached into Los Angeles history, back before the city was even city or California was even a state, to unearth evidence of how local and national governments, police and jail systems operated as a machine of conquest and elimination targeting native, poor and non-white people.

Her new book, “City of Inmates: Conquest, Rebellion, and The Rise of Human Caging in Los Angeles 1771–1965,” concludes just before the Watts Rebellion to reveal the roots of the “Age of Mass Incarceration” in the city, the time period since 1965 that has filled Los Angeles’ and the nation’s jails and prisons and continues to bring police and community relations to a boiling point.

UCLA Newsroom talked to Lytle Hernández about how her book lays a historical foundation for the story of Los Angeles’ systemically discriminatory structure of incarceration.

Migra! is a story about race and policing in the United States, specifically the the rise of the U.S. Border Patrol in the U.S.-Mexican border region and the border patrol’s nearly exclusive focus on policing unauthorized immigration from Mexico.

After completing it, I wanted to examine another dimension of race and law enforcement. Living in Los Angeles, I knew that Los Angeles operates the largest jail system in the United States. In fact, some researchers say no city on Earth jails more people than Los Angeles.

Therefore, Los Angeles, the City of Angels, is, in fact, the City of Inmates, the punitive capital of the world. We know very little about the making and meaning of incarceration in Los Angeles. It’s a history that has never been told. So, I began to research how Los Angeles, my hometown, built one of the largest systems of human caging that the world has ever known.

I found in the archives that since the very first days of U.S. rule in Los Angeles — the Tongva Basin — incarceration has persistently operated as a means of purging, removing, caging, containing, erasing, disappearing and otherwise eliminating indigenous communities and racially targeted populations.

I tell this tale with six stories that demonstrate how incarceration was used to first clear Tongva and other indigenous populations from the region and cage a variety of racially marginalized populations, ranging from white males disparaged as “tramps and “hobos” to Chinese immigrants, African Americans and Mexican Immigrants.

You reveal that mass incarceration is in fact mass elimination of these non-conforming groups. Why is Los Angeles’ particular history so illustrative of this?

In particular, the 19th-century efforts to expand the United States across the North American continent and build white settler communities on the nation’s western frontier are deeply imprinted in the nation’s police and incarceration practices.

By focusing on the western town that built the nation’s largest jail system, City of Inmates unlocks how the dynamics of conquest shaped, and continue to shape, the priorities and tactics of human caging in the United States.

Book Review: “The Man from Essence”

Then and Now:  SF Bay Area Stars in Cuba/U.S. Diplomacy

Upcoming Events at the Hannah Gallery