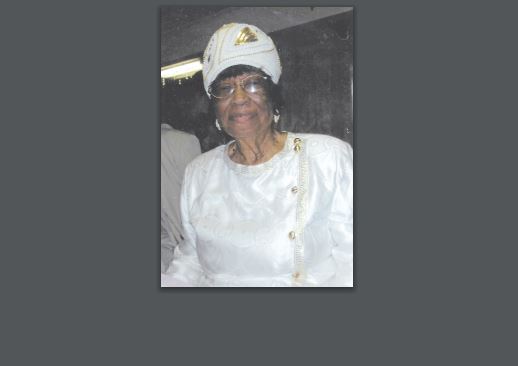 Mother Vera M. Baggett celebrated her 99th birthday on May 5, with family, friends and members of her 6 a.m. prayer group.

Mother Baggett, as she is known at Mt. Zion Missionary Baptist Church in West Oakland, has been a member of the church for 75 years and held many leadership positions. She has a long legacy of caring and praying for individuals and the world at large.

Her celebration was held at the Home of Chicken and Waffles in Jack London Square, attended by loved ones from around the Bay Area. She was honored by her pastor, Rev. Michael Wallace, who presented her with a 99th birthday certificate from Congresswoman Barbara Lee.

Born in Gandy, Louisiana, she moved to Quincy, CA, a lumber mining town, when she was 8 or 9 years old. She relocated to Oakland in the 1940s and was happily married to Everett Willie Majors until he passed away. She was subsequently married to Mathew Baggett, until his death.

In Oakland she worked as a third cook (bakery and confectionary) for Southern Pacific Railroad. She catered special events, and she proudly displays her cosmetology diploma.
She helped empower citizens by providing a voter polling station at her home for many years.  For decades she showed love and compassion to the needy by passing out food, clothing, and the New Testament every Friday at Mt. Zion’s food pantry.

Until two years ago, she visited rest homes monthly, taking the elderly gifts and the gospel. Even now, she gets up every morning at 6 a.m. to lead a telephone prayer group that she started 30 years ago.
Mother Baggett has travelled extensively to places such as Jerusalem, Australia, Panama, Hawaii, and South Korea as well as all over the U.S. for church conventions.