The lynching rope is part of the altar for Omnira Institute’s ‘Ritual of Remembrance’ Juneteenth celebration on June 10 at Lake Merritt.

“Where there’s a will, there’s a way,” the old folks used to say when facing obstacles, often under their breaths.

“Where there’s a tree, there’s a rope,” is the next line, almost a rejoinder, acknowledging the constancy of unpredictable trouble, an expression fraught with grief, fear and loss.

One that a Black child born in the North in the 1950s didn’t know referred to the South’s “Strange Fruit.”

I am not sure if you can see it, the rope, on the altar, honoring and remembering the victims of white supremacy, lynched individually or in pairs or groups, these descendants of enslaved people whose only (proven) crime was to be Black. They were all killed by “person or persons unknown,” yet for decades after the Emancipation Proclamation, lynchings were very public events often occurring on the courthouse lawn. 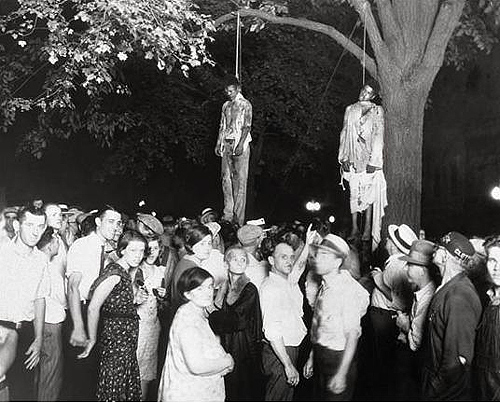 Town newspapers sometimes announced the day and time the spectacle would take place and trains were specially scheduled to transport the spectators: men, women, and even small children. Newspapers covered lynchings in graphic detail. Photographs showed desecrated bodies of Black people surrounded by triumphant sometimes even grinning white spectators. Again, “the persons unknown.”  Black people certainly knew who terrorized them. The memory of such horrors haunted Black communities, a hobbling fear lasting generations. The frequency of the lynchings would stimulate the Great Migration, surging right after World War I.

The most renown lynching was of 14-year-old Emmett Till in 1955, and the blood lust of the South appeared to wane under the withering scorn of the world.  But the lynching of the Civil Rights workers in 1963 revealed otherwise as the search for their bodies in the river turned up many more, defiled, unidentified, unburied, unmourned. Like the tabloids showing the victorious crowds, social media in 2017 allows us to see ‘lynchings’ in real time.

There are so many, I honestly don’t have the heart to keep up.

Two weeks ago I glanced at an account on Facebook. Below three school portraits of impossibly young Black males, the headline was almost a taunt: “Did you know these youth were killed by the police this week? …Neither did we.” Then, on Monday I received another Facebook notice of a pregnant, mentally- challenged Black woman in Seattle killed by police in front of her other children.

I am doing my best, as our people say, to stay or be “woke,” but I confess I did not have the stomach to read further. It is 2017, and lynching not only continues, it is increasing. Like the mobs of the old days, police become judge, jury and executioner.  Hidden under police department policy, the names of  “persons unknown”  are not released until the victim’s memory (ex. Mike Brown)  is sullied.

On the rare occasion that police are actually tried for murder, lackluster prosecution ensures that they are seldom convicted.  And now it’s not just the police, but individual white men who decide they want to kill Black people just because they feel like it. Timothy Caughman, a homeless Black man in New York, was stabbed to death in March by a man who came from Maryland for that express purpose.

In the 1920s and 1930s, not ‘giving ground’ to a white person, like refusing to step off the sidewalk or even bumping into a white girl while running to catch a train, were lynchable offenses, and it appears they are again. Five days before his graduation in May, Bowie State College student Richard Collins III was stabbed to death while waiting for an Uber ride for refusing to “yield ground” to a white University of Maryland student.

I had been directed by spirit to make a noose with the coarse rope, but I didn’t know how. I am glad I didn’t. Symbolically, it would knot the possibility inherent in the third line, the last utterance of this trinity.

“Where there’s life, there’s hope.”  Yes. And I hope that the ancestors understood.

Opinion: Billions for Boeing, Pennies for the People

Open Letter: Who Should Be Making the Decisions, the Residents or Outside...