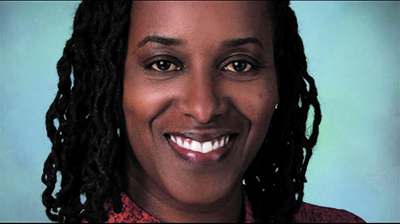 To protect the Black community, we need Black political power. We need people in key positions who understand that “power is the ability to define phenomena and make it act in a desired manner” – even when challenged.

We need leaders who understand the historic conditions we’ve experienced and how they influence the present. We need bold political leadership that knows our very lives are at stake; who will prioritize the distinct and unserved needs of people who have been intentionally undermined and underserved.
Only one member of the California State Assembly from the San Francisco Bay Area is Black, but to be clear, “being Black is necessary, but not necessarily sufficient.”

Now that Assemblymember Tony Thurmond is running for State Superintendent of Public Instruction, we face the risk of having no Black representatives in the State Assembly from our region.

We must support Jovanka Beckles for the California State Assembly to replace Assemblymember Thurmond. Not only does she understand our struggle, she also is a strong progressive voice on issues that matter to our community.

Beckles led the charge to protect working class families by passing the first new Rent Control Ordinance in California in nearly a decade. As rents rise, Jovanka knows that it is most often people of color that are forced from their homes.

As a Richmond City Councilmember, she led the charge to “ban the box”. This refers to the box that people with a criminal record must check when they apply for jobs, housing and public benefits like food stamps or financial aid.

She understood that this was a barrier to turning one’s life around and that it targeted and marginalized many individuals in our community.

Jovanka’s campaign is people powered. She is not taking corporate contributions and has never taken money from corporations. She was targeted by a $3 million campaign funded by Chevron because of her support for environmental protections and still refuses to be bought by big oil.

Ultimately, she beat Chevron and showed that we can stand up to billion-dollar corporations and win.

No candidate in the race for Assembly District 15 has Jovanka’s record of standing up for Black folks and communities of color. She prioritizes people over corporate interests and is the leader our communities need.

Power brokers and deal-makers will try to buy this seat. If we stand together, nothing can stop us from electing Jovanka Beckles, a corporate cash-free candidate working for the people. Please join us.

Marin: Reception to Support the Arts at MLK Academy, June 3