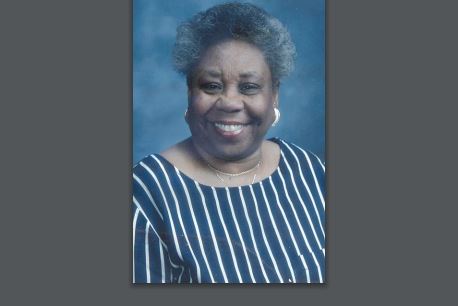 Margie Mayfield, a beloved Oakland educator,  died on June 26. She was 82.

Mrs. Mayfield started her 30-year Oakland teaching career at Markham Elementary School in 1967. She was there when the Black Panther Party started its free breakfast program and when Oakland had its first African American superintendent, Marcus Foster.

“Mrs. Mayfield” was a fixture in room 14, teaching two generations of first- and second-graders how to read, write, do math and become critical thinkers. Not only was her classroom a special place for her students, but also her friends. It was the place they came before school started, during lunchtime and sometimes after school for fellowship and to socialize. She served as the building representative for the Oakland Education Association.

Born on June 19, 1935, she spent her early years in Monroe, Louisiana.  After graduating from Grambling in 1956, she taught first grade at George Washington Carver K-8 in Monroe. By 1965 she joined her husband in San Francisco. In 1966, they had their only child, Kimberly LaShawn Mayfield (Lynch). Kimberly grew up to graduate from UC Santa Barbara and teach in the Oakland schools, using much of her mother’s teaching wisdom to help her students.

Mrs. Mayfield enjoyed reading, talking on the phone and listening to the Blues. She was also a passionate sports fan who followed players’ careers from college to the pros. The most joyous time for Mrs. Mayfield and her husband, Aubrey, was spending time with their grandson Joshua Aubrey Zachariah Mayfield Lynch. They were the embodiment of proud grandparents.

The Color of Unemployment Hasn’t Changed

BOOK REVIEW: Tears We Cannot Stop – A Sermon to White ...