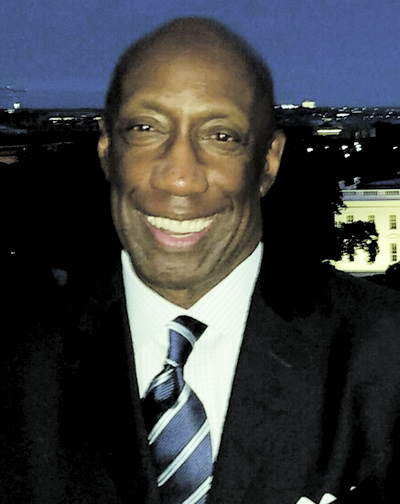 While growing up in (Harbor Homes) in West Oakland, I learned academics and how to play team sports, especially the game of basketball. When we played in the New Century and Thompkins gymnasiums all fast-break plays were stopped by the wall.

But at the Meltzer Boy’s Club, at 24th and Market Street, which was run by the legendary Marion Sims, we had the freedom to play fast-break-style basketball, without a wall. From Meltzer great players like Jim Hadnot, Ed Thomas, Paul Silas, Fritz Pointer, Wendell Hayes, Joe Ellis, “Cha-Cha” McKinney and so many others learned the fundamentals to help the McClymonds High School Warriors team earn the moniker, “Mack, The School of Champions”.

While I played for Oakland High against those awesome Mack squads, I had no idea they would become the best team in the nation.
Now living on the East Coast I have exchanged opinions and debated with local sports fans about this nation’s greatest high school teams.

All of the teams they favored were eastern teams with players like Lew Alcindor (Kareem Abdul-Jabbar) and from New York Wilt Chamberlain from Philadephia, Oscar Robertson, from Indiana, and Elgin Baylor, Dave Bing and Tom Hoover from the District of Columbia.

After doing a little homework, I discovered that Mack for three straight years was afforded the status of the best team in the nation. They were also California’s State Champion for five straight years. Mack historically had produced such greats as Willie Rock and Bill Russell, but it was not until 1958 that they had their first undefeated team. That Mack team remained undefeated for three straight years and carried the record over a five year period with 110 wins and only one loss. During that amazing period Mack also won six straight Northern California Championships, known as the Tournament of Champions (TOC).

I decided to help raise the awareness of Oakland’s treasured “Original Warriors” from Mack. With the city now mesmerized by the NBA-best Golden State Warriors, it is important to show Oaklanders and others that this is truly the place of Warriors greatness.
I then discussed the need to bring recognition to Mack with Oakland Post Publisher Paul Cobb and the founder of the Multi-Ethnic Hall of Fame Founder, Arif Khatib.

We formed a working committee and asked former Mack and Golden State Warrior great Joe Ellis to co-chair an event to honor the teams. We decided no effort of this nature would be complete without William “Bill” Patterson and Former Mack coach Ben Tapscott.
I contacted former Mack greats Ed Thomas, and Fritz Pointer and others who readily agreed to “team up again” to support  the celebration event scheduled for October 11at Scott’s. Stories about Ed Thomas, Fritz Pointer and others will appear in upcoming editions of the Post.