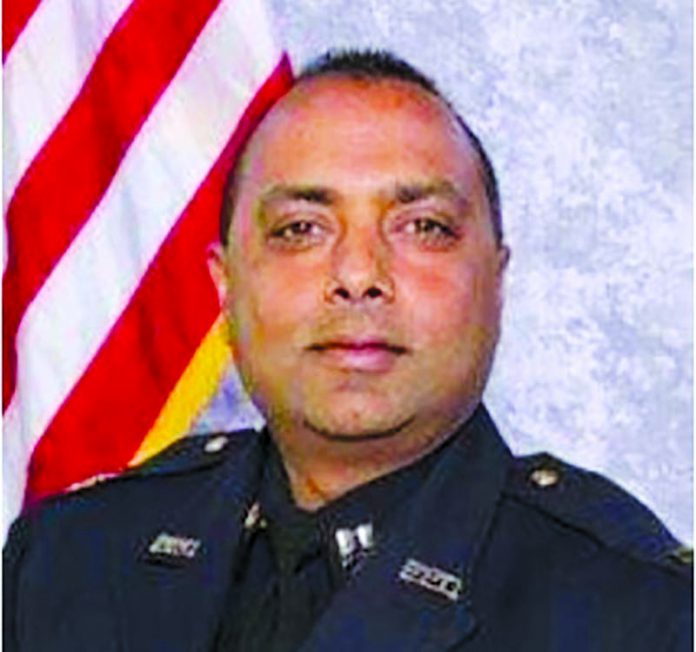 A captain of the Pittsburg Police Department and Pinole Valley High graduate has been named San Pablo’s new police chief.

Rathnesh (Ron) Raman, a 21-year veteran of the Pittsburg PD, is set to officially start as San Pablo police chief on Aug. 14.

“He is the city’s first male minority Chief of Police appointed in San Pablo since the city’s incorporation in 1948,” according to SPD. “His starting annual base salary is $217,536.”

Raman, who grew up in Pinole, is married and has two children and currently lives in Concord.

San Pablo City Manager Matt Rodriguez said the new chief was selected from a field of 32 applicants. He will replace Interim Chief of Police Walter Schuld, who has been serving since March 2017. Schuld took over in order to allow the department to search for a replacement for Chief Lisa Rosales, who left earlier this year to become police chief in Glendora, Calif.

Growing up in Pinole, Raman graduated from Pinole Valley High School in 1991, according to SPD. In May 1996, he earned a Bachelor of Science Degree in Criminal Justice from California State University, Sacramento, and in 2004 he earned a Master’s Degree in Leadership from St. Mary’s College. He was hired by the Pittsburg Police Department in 1996, where he advanced to captain in 2014.

Since 2005, Raman has served as a part-time faculty member of the Department of  Administration of Justice at Los Medanos Community College in Pittsburg.

The City of San Pablo City Council has scheduled an official swearing-in ceremony for the new chief on Wednesday, Aug. 30, at 5 p.m., with a community welcoming reception immediately following in Maple Hall located in the San Pablo Civic Center, 13831 San Pablo Avenue in San Pablo.

Opinion: The End of DACA Could Mean Death for Immigrants Like...

Oakland: Kyla Johnson-Trammell to Become Superintendent of Schools on July 1

Gnoss Field to receive repairs and new pavement with help of...

A Minimum Wage Ordinance is Coming to Berkeley