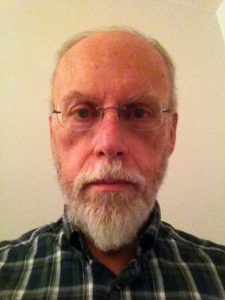 
“Innocent until proven guilty” is a fundamental principle of decent societies worldwide.

So is the idea that people who cause harm should be held accountable.

But what if you are innocent of the crime? Shouldn’t that mean you receive no punishment? Of course, but that’s not always how it works in the real world, thanks to our country’s money bail policies.

Suppose you’re arrested, perhaps only for a minor or non-violent crime. For whatever reason, the court decides not to release you on personal recognizance until the trial date, so it sets a cash bail amount.

Your choice is to post the bail or sit in jail.
If you’re unemployed or have one of the many millions of poorly paid jobs, raising cash bail poses a major problem. But if you can come up with 10 percent of the bail amount, a bail bondsman will put up the rest so you can be released while your case moves forward.
Then your case comes to trial or charges are dropped. Had you not needed the bail bondsman, your money would be returned in full minus a few administrative fees.
But if you couldn’t raise the bail money yourself, the bail bondsman gets to keep the 10% you did put in; no crime but you’re punished nevertheless.

If you don’t like that deal—who would?—you stay in jail awaiting trial. In the meantime, you probably lose your income while you’re there and perhaps your job.

Again no crime, but punishment anyway.
Unsurprisingly, the impact of these policies is greatest on the poor and those with moderate incomes, because if you have enough money (California’s median bail amount is $50,000.) you post your own bail and go about your business, with at most only travel restrictions, getting your money back when you show up for the trial, or sooner if charges are dropped.
Now suppose you are found guilty.

If you’re wealthy enough to have posted the full bail, you get your punishment but your bail money is returned. If you needed the bail bondsman, you get the punishment plus the equivalent of a fine—10 percent of your bail. Guilty or innocent, this hardly constitutes equal treatment before the law, and if it seems frighteningly un-American, that’s because it is.
We still have serious injustices that need rectifying, and our system of money bail is one of them.

The theory behind bail is that the court wants to guarantee that a defendant who doesn’t need to be detained as a public safety risk will show up for trial.

Yet despite its substantial bail requirements, California has the lowest court appearance rates in the country. Other states have passed reforms with great success.

So if a practice is fundamentally unjust and also doesn’t accomplish what its supporters claim, isn’t it time to get rid of it? This is not a left versus right or a partisan issue, nor is it a soft- versus tough-on-crime issue. It’s the righting of a basic unfairness that has lingered far too long.

In the next month, our Legislature votes on a bail reform bill that addresses these injustices without compromising the ability to protect against flight risk and keeping our communities safe.

If bail reform sounds like a common-sense reform that is long overdue, let your Assembly Member know where you stand and that it’s time to act.

California has long been a leader on reforms that make our society more just and fair; let’s keep it that way by changing the way we approach money bail.

Paul Clermont is from the Bay Area chapter of Bend the Arc Jewish Action.

Swing into Spring with “What’s Up Big Band”

Resources to Support Black Media Necessary for ‘Perpetuation of Democracy,’...

Opinion: The Spirit of the Emancipation Proclamation is Under Attack Again...

The Transbay Joint Powers Authority Can Do Better By Maria Ayerdi...