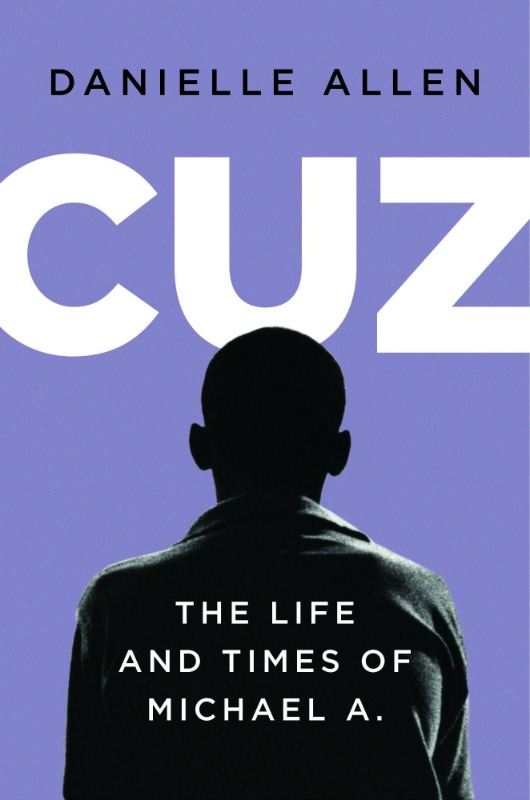 It was a youthful indiscretion.
A mistake made due to immaturity or naïveté. Something you did to look bigger, older, or bolder. You knew better but it shouldn’t cost you everything, should it?  As in the new book “Cuz” by Danielle Allen, it shouldn’t cost you your life.
He was her baby cousin.
Although Danielle Allen was only eight years older than Michael, that’s how she always thought of him. He was a mega-watt-smiling, introspective child with an easy-going way, a beloved mischief-maker in a huge family. She remembers when he was born.
She remembers when he died. It began when he was fifteen.
Allen says that her sprawling family always watched out for one another but Michael’s mother had been raising three kids alone and she ran into some trouble. She learned that her oldest son, Nicholas, was gang-banging when she spotted him on the street. She thought she’d saved Michael from all that but when he was just fourteen, he was arrested for attempted carjacking.
California ’s unique laws put him in juvenile hold, then in adult prison until he was twenty-six years old. While there, he fell in love with an imprisoned transgender woman; Allen noted the relationship, but she figured that the woman was out of the picture when Michael was released. Being the cousin with the proper resources, Allen began helping Michael put his life together: she paid for an apartment, enrolled him in college, helped him get a job, but he couldn’t yet handle any of those things.
He became depressed. He floundered. He moved in with Bree, the transgender woman. Later, Allen learned that Bree came from a world of violence that Michael couldn’t properly deal with, and that was how he died.
So who did it? Allen says that she and Michael grew up with a Do-the-Crime-Do-the-Time attitude, but she only partially lays blame on Michael’s choices. Outside forces, cultures of violence, and the system, she believes, were just as much at fault…
While “Cuz” is very good and a thought-provoker, it has its problems.
As a professor at Harvard University , author Danielle Allen cannot deny the effect of her job on her writing – which is something she admits. That lends an aura of authority to her story, but it can also feel lecture-like. Allen also includes Michael’s writings within her book; some were lengthy and could have benefitted from editing.
And while there are a lot of grief-raw questions left hanging in-story, readers are also left with a sense of grace and compassion from “Cuz.” Allen never points fingers, but we’re skillfully led to see what’s what. She’s rightfully angry at what happened to her cousin, but it doesn’t hide her empathy for families who endure hardship to visit their imprisoned loved ones, and it doesn’t lessen her humanity toward the people whose imprisonment doesn’t make sense.
That, mixed with an aching, soaring joy are what you’ll find in “Cuz,” and it’s going to make you think – hard. Can you afford to miss that?  No, make no mistake.