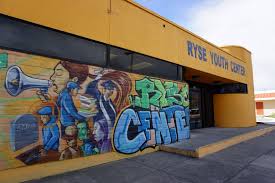 RYSE Youth Center is accepting submissions for their 3rd annual film festival “Truth Be Told: Justice Through My Eyes.” The festival is open to filmmakers ages 13-24 throughout the state of California.

“Truth Be Told: Justice Through My Eyes” was created to highlight and empower youth voices and visions through film. Through the film festival and competition, organizers seek to engage 13- to 24-year-olds in social justice issues. Submitted films can focus on various social justice issues including; gender equity and equality, human rights, food justice, education, economic justice, the criminal-legal system, environmental issues, immigration, workers rights and more.

Submissions are now being accepted through Sept. 15, 2017. Acceptances will be sent out in October. All films must be 12 minutes or less (eight minutes suggested). Shorts can be submitted as a documentary, narrative, music video or animation and experimental.

All correspondence regarding film submissions can emailed to: youthjustice.org

Op-Ed: Civilians Should Oversee the Police

Backed by PIC and County Agencies, “Highway to Work” Provides...