“This cooperative research project between the National Park Service and the UC Berkeley on the Black Panther Party is anchored in historical methods, visual culture, and the preservation of sites and voices,” says the funding announcement made public last week.

The overall goal is to build “diverse voices and communities together to understand their collective past and inspire a better future,” says the announcement.

Dr. Ula Y. Taylor, incoming chair of African American Studies at UC Berkeley, will lead the effort, joined by consultants who know Panther history. J. Tarika Lewis, the first woman to join the Party in Oakland, and Paul Lee, consultant on Spike Lee‘s film “Malcolm X” and “Eyes on the Prize II,” will work with Taylor. 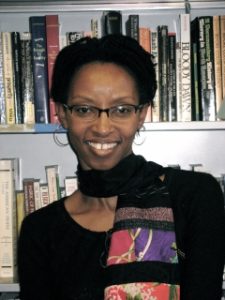 “Committed to truthfully honoring the legacy of [Panther] activists and the San Francisco Bay Area communities they served, the project seeks to document the lives of activists and elders and the landscapes that shaped the movement,” the Park Service said.

“Bay Area sites that shaped the [Panther Party] will be identified in an effort to memorialize a history that brought meaning to lives far beyond the San Francisco Bay Area,” the agency added.

The National Park Service awarded the $97,999.70 grant outside the normal competitive bidding project, saying that Berkeley is uniquely qualified to produce the collection that honors Black Panther history.
The project will build an annotated bibliography with materials from diverse sources, including video oral histories, photographs, new coverage and other media, and will be available for future scholars in their research.

The Black Panther Party was founded in 1966, and originally championed self-defense and the arming of African Americans in California. The party quickly moved left, advocating for revolutionary inter-communalism and for abolishing capitalism.

Party founder Huey P. Newton introduced a 10-point platform, calling for “an end to the robbery by the capitalists of the black community,” and for black men to be immediately released from prison. The 10-point platform has served as a model for modern anti-poverty programs.

The Park Service said it will have a “substantial involvement” in the project, including providing staff and doing regular reviews of progress and materials.

OKC Rolls Past Kings For The Win