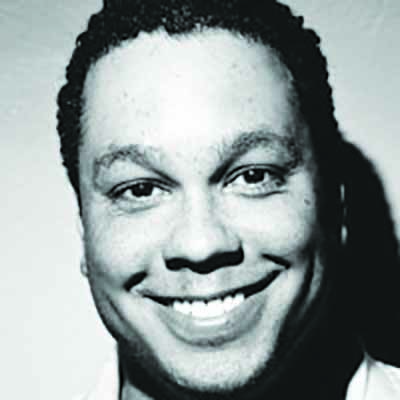 Jabari Gray is stepping into a new leadership role as executive director of Youth Radio at a time when young people are increasingly driving conversations about what it means to build a more equitable and just society. He will join Ellin O’Leary, Youth Radio’s president and chief content officer in leading Youth Radio’s growth as the organization embarks on a new four-year strategic plan, with the goal of becoming a national media leader.

Gray has been key in building the foundation of the organization during the past decade that Youth Radio has been based in Oakland.

A knack for developing leaders, along with creative problem-solving, launched Gray from his first role in Youth Radio’s development department to deputy director in 2014.

Gray’s leadership is widely recognized as pivotal to Youth Radio’s dramatic expansion, rooted in the mission to revolutionize how youth tell stories and the ways people connect with next-generation journalists and artists.

“Gray has a unique style, holding the bar high while supporting staff and students in the creation of high-impact responses to the young people’s needs and talents. This entrepreneurial skill is central to what makes him a great executive director,” said O’Leary.

“Youth Radio sets the gold standard in youth-driven media, and it is my full intention to protect and grow its legacy in my new role, said Gray. “This is a company that actually delivers on its promise to bring honest, diverse, and compelling content to American audiences. For the last 25 years, Youth Radio has assembled teams and partnerships that provide the best out-of-school digital communication education around, consistently producing award-winning journalism.”

He added, “Young people’s voices are beacons. And we need that beacon more today than at any point in my lifetime. They’re leading the fight against white supremacy, standing up for DACA and immigrant rights, embracing gender equality and fluidity, and more.”

Vallejo Police Receive Grants to Crack Down on Drunk Drivers

HAIR’itage The Play Comes To Oakland