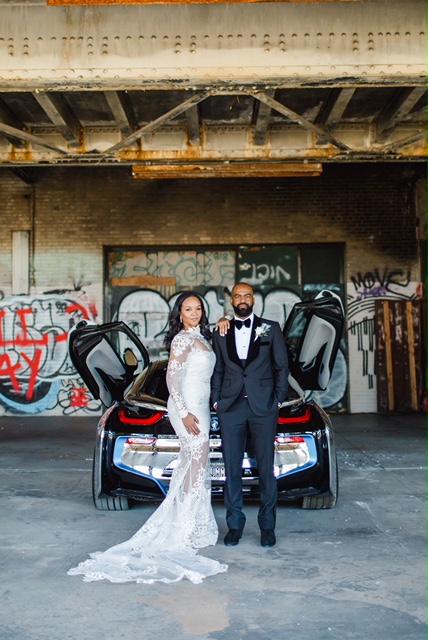 Armon proposed to Myisha in Havana Cuba. Myisha had made reservations at one of Cuba’s most popular restaurants, La Guarida to celebrate Armon’s birthday. Little did she know, he planned the entire trip to pull off a surprise proposal. Renting out the entire top floor of the restaurant, he hired a thirty-piece orchestra to play their favorite Kanye West song, “All of the Lights” as he got down on one knee. She said “Yes” twice!

Myisha Chapple hails from the Bay Area, previously residing in San Francisco with her mother, Oakland educator Tonia Chapple. Myisha graduated from St. Marys’ in Moraga in 2003 with a degree in Business Communications, and has assisted non-profit and for profit businesses create their brand. Myisha and Armon met when she planned an event for Armon’s company. She moved to Portland after attaining a position with Nike.

That type of planning is what made this Millennials wedding veer from the traditional. Wearing a delicate lace and organza dress with a nine-foot train, the bride carried a huge rosary instead
of a bouquet as she walked down the aisle to “Ave Maria.”

Blending traditional with new age, their different point of view regarding marriage was apparent at the reception where attendees were introduced to their “brand”, which was on their program, topped their wedding cake, and was projected on a spectacular wall of the 16th street train station in West Oakland. 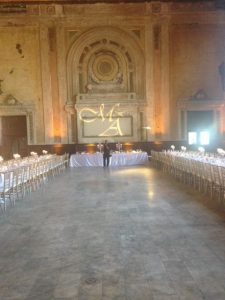 The 16th Street Station opened on August 1, 1912 and served as the terminus for the trans-continental railway, peaking in the 1920’s and was the first place where over 20,000 African American car porters were employed and unionized.

The bride and groom arrived to the reception in a black and silver BMWi8, and as the wing-doors lifted, the radiant bride and handsome groom emerged to greet their guest. Since age 8, Myisha dreamed of ballerinas at her wedding, and Armon likes to make dreams come true.

Nine beautiful ballerinas of all races and hues danced before the bride and grown, as a small drone flew overhead recording the reception. Myisha presented Armon with a life-size portrait of him in his favorite jean jacket wearing a crown, painted by Maxwell Dickson.

The Bride and Groom are honeymooning in Cabo, Mexico. #LIVELAUGHMOORE

Nurse Fired for Speaking Out Is Invited to White House

OP-ED: It Takes a Little Courage to Stop a lot of...