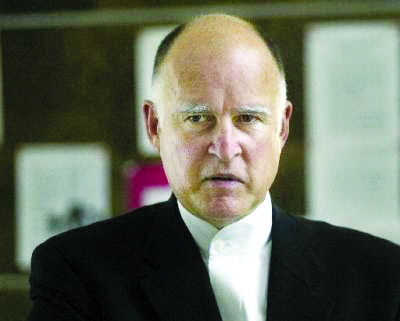 State control of the Oakland Unified School District has changed its form over the years since the takeover in 2003 but remains a constant presence in determining policy in the public school system.

When the state fired Oakland Schools Supt. Dennis Chaconas and suspended the Board of Education in June 2003, some of the outlines of state control soon became clear: school closures, rapid growth of charter schools; attempts to sell school property to real estate developers and the lease of school sites to charter schools.

Always on the defensive, community groups have thwarted some of the school closures and several times prevented the sale of the district headquarters’ property to developers.

Aligned against the district in its fight for local control were East Senator Don Perata, president of pro tem of the State Senate, known for his connections to powerful developers; State Supt. of Public Instruction

Jack O’Connell, with ties to billionaire charter school advocate Eli Broad; former governor and then Mayor Jerry Brown, a close Perata ally; Sheila Jordan, Alameda County Superintendent of Schools: and the Fiscal Crisis and Management and Assistance Team (FCMAT), an organization based in Bakersfield that is funded by the state to intervene in school districts but is lacking in state oversight.

FCMAT was led by Tom Henry and Joel Montero.

While the state administrator ultimately was removed in 2009, a state trustee with power to rescind the district’s financial decisions remains in place.

The takeover was presented as a necessity designed to save the district from bankruptcy, but the reality remains very controversial and raises questions about the role of powerful political and economic interests.
Apparently forgotten was a previous unsuccessful takeover attempt promoted by Senator Perata even before the district uncovered an economic shortfall.

When the district became aware that it had overspent its budget in 2003, the OUSD administration developed a plan to maintain local control, which included borrowing money from construction funds reimbursed by the state. The district would then repay the money to itself.

“The use of the bond money in this way was approved by OUSD’s bond attorneys, who happened to be the bond attorneys for the State of California, and expert in their field,” according to Jesse Douglas Allen-Taylor, writing at the time for the Berkeley Daily Planet.

Many people said that “Mr. Perata was the driving force behind the 2003 state seizure of the Oakland public schools,” wrote Allen-Taylor.

Rather than approve the fund-borrowing transfer, then County Supt. of Schools Jordan asked for an opinion from State Attorney General Bill Lockyer, who declared the transfer illegal and blocked OUSD from using the money to balance the budget.

The district was forced to borrow $100 million rather than the $37 million it needed.
“In a mass community meeting later held at Allen Temple Baptist Church, Ms. Jordan defended her actions by saying that she could not allow the bond transfer because it was illegal,” according to Allen-Taylor.
When Jordan ran for reelection, she was criticized by her opponent Newark Superintendent of Schools John Bernard for her role in the takeover.

“Other county superintendents allow districts to use bond money as a loan when the district is going into the red,” Bernard told the press. “The incumbent, Sheila Jordan, did not allow Oakland to use the bond money, they went into default, and the state took over,” he said.
The political maneuvers behind the state takeover were suggested in an Oakland Tribune article written by then Tribune staff writer Robert Gammon, now editor of the East Bay Express.

“(Some) say office and cell phone records obtained by the Oakland Tribune provide evidence the takeover, and the resulting loss of local control of Oakland’s schools, was politically orchestrated,” Gammon wrote.
“The records show top officials from the Bakersfield-based Fiscal Crisis and Management Assistance Team (FCMAT) called Oakland Mayor Jerry Brown, the office of state Sen. Don Perata, D-Oakland, and then-Compton schools chief Randy Ward at least 40 times each in the months before the takeover,” according to Gammon.

Randolph Ward, a graduate of Eli Broad’s superintendent taining progarm, became the district’s first state administrator.
Brown and Perata had publically supported a takeover during the preceding year. They voiced support for “placing Ward and FCMAT in charge of the school district,” wrote Gammon.

“FCMAT (pronounced fick-mat) was supposed to be our fiscal advisers,” Hodge told the Tribune. He and Chaconas said FCMAT officials did not return their calls for months.
“They were supposed to be helping us. But instead they turned this into a political campaign to take over the district,” said Hodge.

Sheila Jordan in an interview with the Post disputed those who said the takeover was political.

The district wanted to use facilities bond funds to pay off the shortfall, she said. “Many districts do that understanding that because those funds were passed by the voters to update and build schools, districts by law must establish their ability to repay what is a short-term loan.”

“Oakland did not have anywhere near the revenues to repay the bond loan. The hole in their budget was $27 million,” Jordan said.
“The investigation discovered a plug in the budget. It rolled over into the following year and resulted in close to a $65 million deficit,” she said. “I never did understand why the loan was $100 million.”

The analysis of the district’s finances was conducted by School Services of California, the Fiscal Crisis Management and Assistance Team (FCMAT) and Alameda County Office of Education “working together at the table,” she said.

“The Trib(une) reporting at that time was upholding a theory of action that was wholly discredited by the facts produced by the fiscal experts,” said Jordan.

Disagreeing with Jordan was Lewis Cohen, who served as an assistant superintendent in Dennis Chaconas’ administration at the time of the takeover.

“The 2003 state take-over was a largely political process. The $100-million-dollar loan was concocted by then County Superintendent Jordan’s experts and put into legislation by Senator Perata, as she seems to have conveniently forgotten,” he said.

“We lobbied against this legislation at the time, but Perata and his allies forced the loan on the school board by blocking the legal use of construction funds reimbursed by the state,” said Cohen.

“These were not bond funds and carried no legal restrictions at all, much less that the loan needed to be short-term,” Cohen added.
Direct state control of the school district was ended in 2009, due in part to the efforts of Assemblyman Sandre Swanson, wrote reporter Allen-Taylor at the time.

“Without Mr. Swanson’s dogged persistence on the Oakland school issue (for) three years, it is probable that local control would still be years away,” he wrote.

“Mr. O’Connell gave every indication that uncless he was forced to do so under pressure, he would hold onto the Oakland schools.”

Over 66,300 East Bay Students Benefit from Chevron’s “Fuel Your School”...