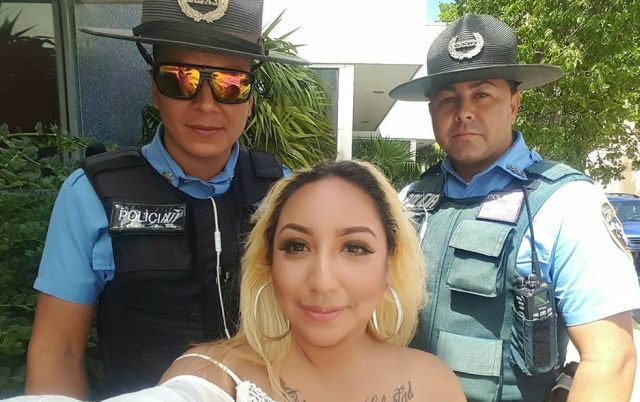 The woman at the center of the explosive police sex scandal in 2016 has dropped her lawsuit against the City of Richmond, as of Jan. 17.

Jasmine Abuslin, who went by the name Celeste Guap, dropped an almost-identical lawsuit against Contra Costa County and its sheriff last year.

John Burris, Abuslin’s current attorney, said that the case was dropped because Abuslin was tired of testifying.

Abuslin received a $989,000 settlement from the City of Oakland in May, though her claim was for $66 million. Councilmember Desley Brooks was the only person to vote no on the lesser settlement figure, because she believed it to be too low.

“I believe this settlement is yet another example of Ms. Guap being abused by the system. A young girl was victimized, and morally we don’t see that it is wrong, that we can vote for this settlement,” Brooks said.
The original complaint against the City of Richmond kept Abuslin anonymous; the plaintiff was called JANE DOE.

Her true name was revealed in August, following her arrest in Florida. She had fled from a rehab facility that the City of Richmond sent her to in Miami to treat her heroin and sex addiction.

Many at the time were concerned that Richmond police sent her out of state and placed her in a facility at a time when she was a key witness in investigations involving numerous police departments, including Richmond.

Although she checked in voluntarily, she was not allowed to call her family or leave.
Just a few days after her arrival, Abuslin fled and began “flashing” cars on the street until armed security guards brought her back inside. She then bit a staff member as he attempted to inject her with a sedative and was arrested and charged with felony aggravated battery.

Her attorney at the time, Charles Bonner, got it reduced to a misdemeanor, and helped return Abuslin to the Bay Area.

The complaint also stated: “Each of the five officers knew that [Abuslin]was a sex worker and had been trafficked as a sex worker while a child. A reasonably prudent and properly trained police officer having met [Abuslin] would have provided support or resources to [Abuslin]. The fact that each of the five DEFENDANT OFFICERS decided to exploit the young and vulnerable [Abuslin] is evidence of a widespread and persistent custom of exploiting sex workers by providing protection in exchange for sexual favors.”

Several cases against officers have been dismissed, though many were suspended or fired.

Judith Bell Selected as New Vice President of Programs at The...

Skinner’s Bill Would Raise the Age to be Tried as...