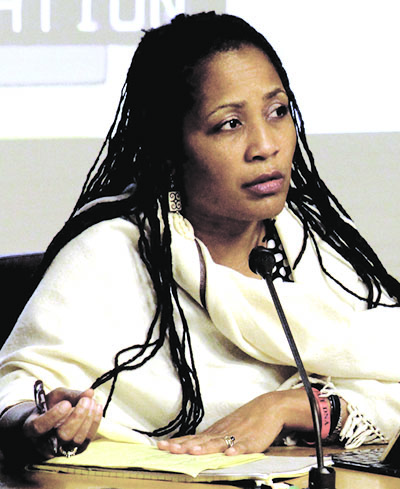 The City Council’s Life Enrichment Committee this week discussed a proposed resolution—sponsored by Councilmembers Lynette Gibson McElhaney and Larry Reid—to kick start the city’s new Department of Violence Prevention with a $300,000 no-bid contract to hire an outside consultant who would provide policy advice for setting up the department.

In the face of serious doubts about the proposal expressed by council members, Councilmember McElhaney, who chairs the committee, recommended the resolution be held in committee for further discussion and voted upon at a future time.

The City Council voted in June 2017 to create the department with a mission to work with victims of violent crime and those who are most likely to be future victims or perpetrators of violent crime – to end the cycle of violence and trauma.

McElhaney and community members with whom she is working are upset about the slow pace of progress in establishing the department. They also don’t want to see the department submerged in city administrative bureaucracy and methods of implementing violence prevention that are academic and do not work.

According to McElhaney, the city should be implementing programs based on the experience and wisdom of members of impacted communities.

Under the terms of the proposal at Life Enrichment, the city would spend $300,000 on a no-bid professional services contract “with a locally based and nationally recognized nonprofit organization…to provide policy analysis and advice on the establishment of the Department of Violence Prevention.”
In addition, the consultant would “report directly to the city council president and the chairperson of the Life Enrichment Committee,” rather than the city administrator.

“I have a lot of concerns [about the proposal],” said Councilmember Annie Campbell Washington, noting that the funding source for the $300,000 is not mentioned.

She questioned why the council should waive competitive bidding for choosing the consultant and the reason for “having the [consultant] report to the city council” rather than the city administration.

“All of those things give me a lot of pause because that does not sound usual at all,” said Campbell Washington.

“I just have to be honest about that,” she continued. “It feels like—and maybe I’m wrong—that we want to choose somebody, and we already have somebody in mind. [But] we are here to set policy, and the administrator is there to establish the department and hire a director to run the department.”

The draft resolution also called for the council president to set up a process to select the consultant. However, that wording was removed from the resolution that went to Life Enrichment on Tuesday.

One name that has been mentioned for the consultant position is David Muhammad, a criminal justice reformer who has worked at the National Council on Crime and Delinquency, according to the East Bay Express.

Muhammad resigned in 2012 from his job as Alameda County’s chief probation officer following unsubstantiated allegations of sexual assault and harassment.

In response, McElhaney said the city should utilize an outside independent consultant and listen to and rely on “authentic” community voices.

The city often spends as much as $400,000 to develop plans that do not shift the city from its past practices, she said. “Doing more of the same and amplifying more of the same doesn’t mean that we’re going to get to dramatically different results.”

“Why is it taking so long?” Audrey Cornish asked at the meeting, explaining that she is part of the community coalition that has attended city meetings to fight for the Department of Violence Prevention.

“I and other people have the answers, but you won’t listen,” said Cornish, whose son Torian Hughes was murdered in West Oakland in 2016.

Assata Olugbala challenged McElhaney for sending the resolution from the Rules Committee to the committee she chairs, rather than the Public Safety Committee, which Desley Brooks chairs.

“To give equal weight to the non-policing side, it would be best to be in Life Enrichment where human services are, where arts and culture [are]. It needs to be in a space where those people who are triggered by the presence of police because of their history [do not] need to walk into committee meetings where they have armed officers.”

Book Release: GET THE CHEESE, AVOID THE TRAPS

ABOUT US
The Oakland Post is one of eight weekly newspapers Serving the San Francisco Bay Area. Each paper seeks to provide awareness of issues and current events of concern in Bay Area minority communities.
Contact us: [email protected]tnewsgroup.com
FOLLOW US
© Post News Group. All Rights Reserved. Powered by Embtel Solutions, Inc.