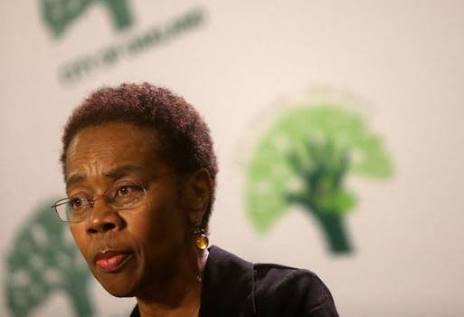 City Attorney Barbara Parker has announced that she filed suit against Santos Engineering in West Oakland for illegal recycling activity in response to concerns cited by neighbors, and District 3 Councilmember Lynette Gibson McElhaney is seeking to halt environmental pollution in the area.

“Our residents and legal business operators deserve our protection and our service,” said Councilmember McElhaney.

“Working with the city attorney we have shut down several illegal operations and nuisance properties. We will not stand idly by while people profit from our pain,” she said.

“Based on the reports, we sounded the alarm and are pleased that the city attorney and administration moved to stop this harm to our community,” she said.

For decades, West Oakland neighborhoods have borne the brunt of environmental injustice and local government neglect.”

Santos Engineering engaged in activity at this site without acquiring a Conditional Use Permit and with disregard for the health and wellbeing of residents, according to a statement released by McElhaney’s office.

The lawsuit seeks to prove that the activities are a public nuisance, obtain an injunction to immediately cease these activities and punitive damages. Charges against Santos Engineering:
Deliberately releasing dust into the local residential neighborhood through the opened roof of the company’s warehouse;
Illegally tapping into a EBMUD fire hydrant and running the contaminated water into the City’s storm water system; and
Illegally hauling, storing, and breaking down debris material, some known to contain asbestos.

“For far too long, West Oakland has endured environmental crimes,” said McElhaney. “We want to send a strong signal that we will exhaust all legal means to stop people from harming our neighborhoods and our residents. We must work together to make sure that people respect our community.”

Brooks’ Victory for Oakland’s New Department of Race and Equity

OP-ED: The Transfer of Army Base Property to CWS Is “Critically...

Skinner’s Bill Would Raise the Age to be Tried as...

Coalition Calls on President Obama to Ban the Box

OP-ED: Keeping Our Eyes on the Prize

Organize for Moratorium on Rent Increases