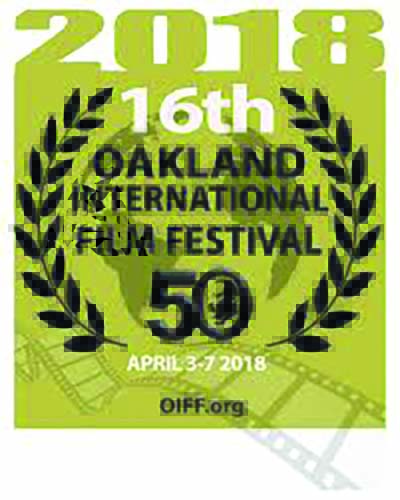 The Oakland International Film Festival will be held next week, Tuesday, April 3 through Saturday, April 7, featuring 65 films over the five-day period.

Special screenings will be held at Holy Names University, Oakland City Hall, and foreign films will be showcased at Warehouse 416 in the Uptown area.

Filmmaker panels will be held at City Hall on Friday, April 6 and at 499 Embarcadero on April 7 in Jack London Square.

Official after-parties will be held at Geoffrey’s Inner Circle on Friday, April 6 in downtown Oakland. The official closing party will take place at the ERA lounge on April 7.  This year’s theme is: Where Do We Go from Here?

“Where Do We Go from Here? Chaos or Community? was the title of Dr. Martin Luther King Jr.’s last book. Just over a year after writing the book, on April 4m 1968, he was assassinated at the age of 39 in Memphis, TN.

Prior to making his speech, known as the “I’ve been to the Mountain top speech,” on April 3, 1968, Dr. King greeted a group of people in an apartment complex awaiting his presence.
The next day he was assassinated. One of the children in attendance was a young boy named Marvin Booker.

In a documentary we discover all of the Booker sons became preachers.

Marvin moved to Denver, Colorado where he worked with the poor, homeless community.

He was later murdered by the Denver police department while held in their custody.

On Wednesday, April 4, the film “Marvin Booker Was Murdered” will screen at Holy Names University at 4:30 p.m. and the Regal Theater in Jack London Square at 5:30 p.m.

Writer and Director, Wade Gardner will be present at both screenings for questions and answers.

From Haiti to Oakland, Séphora Pierre-Louis Reaches Out to Help Her...