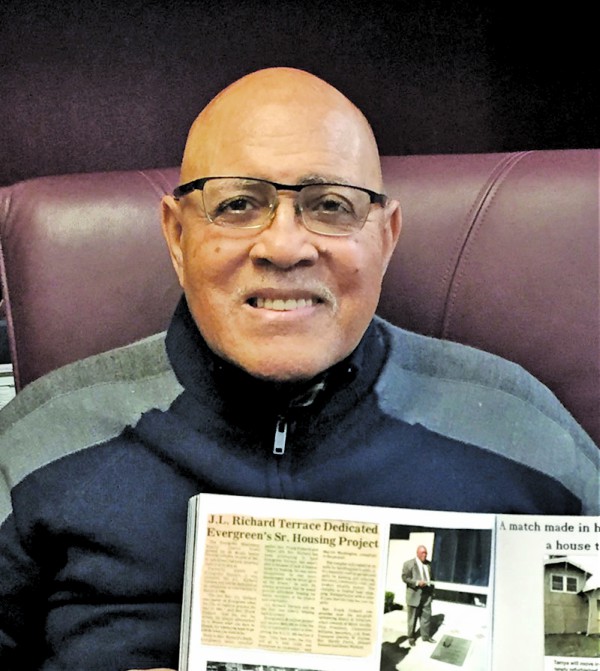 Rev. Frank Pinkard is a pastor at Evergreen Baptist Church on West Macarthur Blvd. in Oakland. He was active in the Poor People’s Campaign in 1968, and backs its current revival.  One of the things he discusses in his church sermons is “the progressiveness of togetherness,” as he calls it.

“The one thing that Black people need now more than we have ever needed is unification—an agenda that has clarity, purpose, and is achievable,” he said. He believes in “an agenda for survival.”
Dr. Martin Luther King, Jr., was assassinated on April 4, 1968 while he was in Memphis to support a group of sanitation workers on strike.

The reasons King was in Memphis at the time of his death point to the work he was preparing for the coming months.

Just four months before his death, King had announced the Poor People’s Campaign. He died before the campaign was brought to the nation’s capital on Mother’s Day, although thousands showed to demonstrate their support after his death. Pinkard was among them.

This year, Revs. Liz Theoharis and William Barber announced the Poor People’s Campaign: A National Call for a Moral Revival.

While Pinkard isn’t in contact with these modern campaign leaders, he stands with them.

“At some level, that is very often unseen and unrecognized, we are all working together,” he said. “Martin Luther King, Jr., was right. We all work together, or we all perish together. Ain’t no other way.”

The current revival is fighting for many of the same things the original campaign demanded, including the $15 minimum wage to allow low-income workers to afford to sustain themselves.

“Nothing has changed. Black people are in a position that is almost exactly as we were in before, during, and after the Poor People’s Campaign,” Pinkard said.

Pinkard was born in Oakland in 1934. His mother worked for a white woman for $3 a week, and he “used to see [his] father at the end of the days almost with tears in his eyes having to tell [his] mother that although he had left early that morning, all day long he had not been able to find any employment of any kind.”

He acknowledges that a lot of things are better than they were in 1968. But, he says, “People are still poor. Racism is still rampant. And many people, although they are better educated through the passage of time, still find themselves standing before a door of opportunity that will not open wide enough to allow them to come in.”

No on Measure AA: Congress of Neighborhoods Oppose Schaaf’s Plan