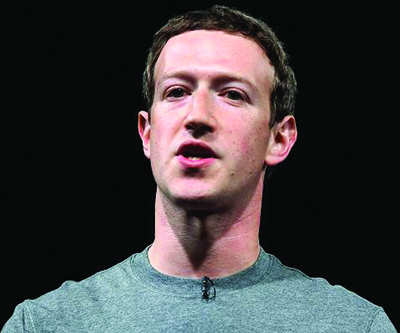 Mark Zuckerberg’s misuse of the data personal information of his faithful Black Facebook users requires that he establish a small $100 million-dollar fund to repair the damages he has done to Black people.
After he was caught and admitted to selling our soulful messages and networks to the Russian-connected Cambridge Analytica’s campaign for Trump, he placed Mea Culpa ads in major European Newspapers.

He also placed ads in some US metropolitan dailies. But he, like Tom Steyer who is campaigning in the white media to impeach President Trump, has not placed any full-page ads in the Black Press.

Zuckerberg not only enabled the Russians to help Trump’s campaign to depress the Black vote, but he directed his staff to “sit side by side” with their Russian cohorts to teach them how to use Facebook’s open-ended platform to poison the election with hate messages that served to rile up white nationalists, alt-right devotees, NRA activists and many others on the extreme right.

I have asked Congressperson Barbara Lee to involve the congressional Black Caucus to get their legislative colleagues to demand that Zuckerberg, while testifying in Washington next Monday, commit to a year-long series of full-page ads in each of our 200(+) Black newspapers apologizing to Black American citizens who have utilized Facebook in greater percentages than any other ethnic group.

At our recent NNPA (National Newspapers Publishers Conference) held in Las Vegas, Facebook sent a brilliant Black female representative to teach us how to more effectively access its data and make our dataavailable to them. They never apologized to us for selling our information, without our consent, and collaborating with the Russians and Trump to undermine our mission to get more Blacks to vote.

Black voters have been taken for granted by the Democratic Party, by Facebook, Tom Steyer, Silicon Valley and many white liberals who profess to be our friends. Zuckerberg needs to press the “LIKE” button on his platform for Black media. We want our readers, especially the youth, to use Snapchat, Facebook, Twitter, Instagram and postnewsgroup.com to send Facebook the message that we will register to vote and vote for a congress that will regulate the internet. We want Zuckerberg to invest in his words of apology. We will meet with Facebook to show them how to “repair-our-nation” with relevant and necessary reparations.

The Need for a Public Bank