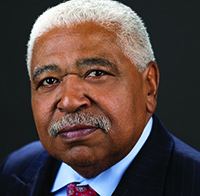 On Tuesday, April 24, I attended a City Council committee meeting where a major fight broke out over the issue of Job training for Oakland’s underserved communities.
What seemed to be clear to me was that everyone agreed on the need to provide Oakland’s Black and Brown communities training, so people of color can have hope for better futures for themselves and their families.

Everyone at the meeting also agreed that training programs like Cypress Mandela, Men of Valor, and Laborer’s Local 304 are doing great work providing life skills and job skills training to young people and formerly incarcerated people who are unprepared to join the workforce.

As I sat there, watching people shout at one another, I thought to myself, why are people fighting? There must be a way to get money for training.  We find money for public art, bike lanes, pre-school to college, and many other things that we want to fund.

Why can we not fund something as fundamentally and desperately needed as life skills and job training for Blacks and Browns, too many of whom aimlessly walk our streets with nothing to do but smoke blunts and get in trouble?

This past November we created the Oakland Jobs Foundation to aggregate donations from Oakland’s major businesses and developers to support job training.  We recently awarded $150,000 to two jobs training programs.

While this is a good step forward, it is not nearly enough to address the need.

There is a solution.  Let’s share Oakland’s economic boom.  I propose a ballot measure that directs the City to earmark a percentage of the revenue from new taxes collected from construction of new residential and commercial development.

The cranes that line our streets bring hundreds of millions of dollars to the City.  By earmarking $5 million a year, we could train and reclaim the lives of more than a thousand men and women a year.
This would not be welfare or a handout.

We would insist on attendance and participation requirements for program participants.  Nor, would this be a fund for “poverty pimps”.  Programs would be vetted for past performance and success rates, and there would be strict accountability and tracking of whether program participants enter the workforce.

Who would oppose this?  Not taxpayers, because this would not be another tax on them.  Not residential and commercial developers, because they have to pay taxes anyway, and this just allocates a portion of the new taxes to training.

Not the City, because this is not taking money away from existing programs, it is earmarking a percentage of new revenues.

If I am right in my assessment that everyone agrees on need and the existence of programs that can help, then this approach should be doable.  If not, why not?

OP-ED: Lance Jackson Contract Is Critical to the Success of OUSD

Raiders Got Better With Addition Of Smith

NC Voting Rights Fight Moves From the Courtroom to the Streets