The National Memorial for Peace and Justice opened on April 26, 2018 in downtown Montgomery, Alabama. It is the nation’s first memorial dedicated to the legacy of enslaved black people, people terrorized by lynching, African Americans humiliated by racial segregation and Jim Crow.

The memorial, set on six-acre site, uses sculpture, art, and design to contextualize racial terror. A memorial square has 800 six-foot monuments that symbolize thousands of racial terror lynching victims in the United States.  The memorial structure on the center of the site is constructed of over 800 corten steel monuments, one for each county in the United States where a racial terror lynching took place and incorporates the names of the lynching victims engraved on the columns. 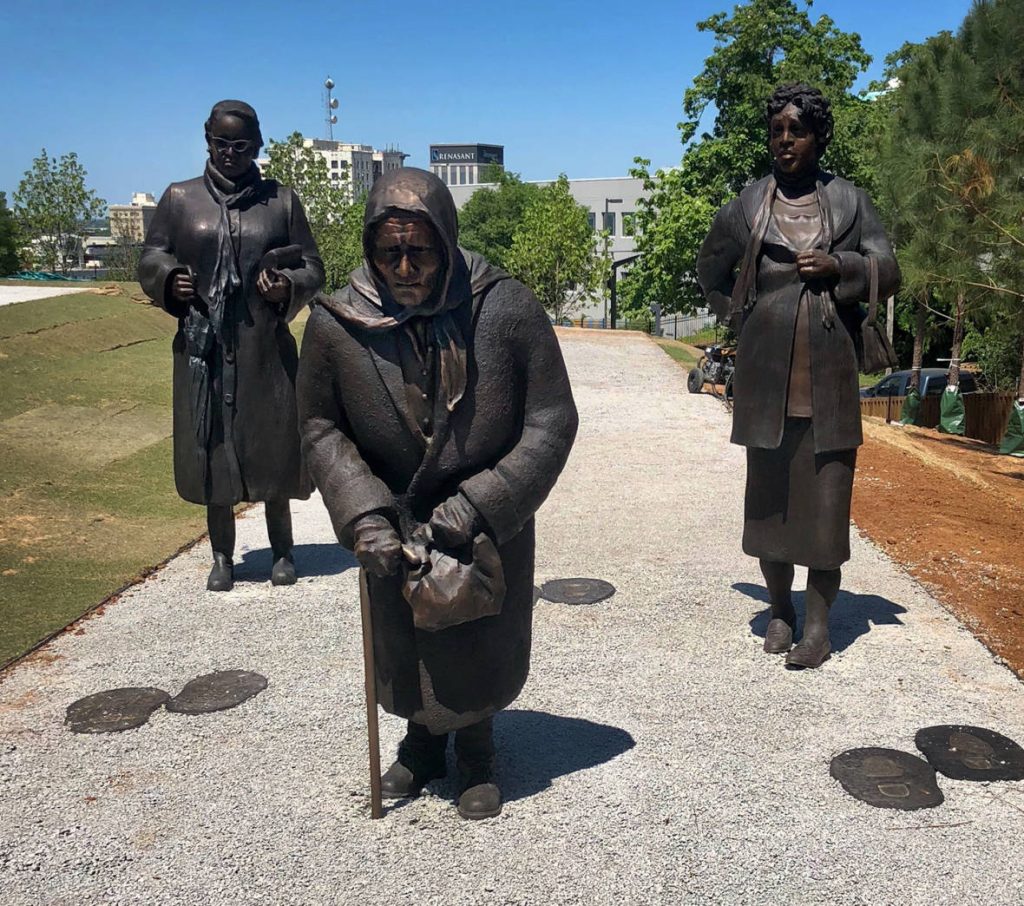 A sculpture created by Oakland’s Dana King is dedicated to the women who sustained the Montgomery Bus Boycott. This sculpture compliments the main theme of the memorial and makes visible the memorial experience through the civil rights era.

Dana King was an award-winning anchor newscaster at a major Bay Area television for 15 years. She studied for her master’s degree in fine art from San Francisco’s Academy of Art University.

“I’m certainly proud of my achievements in journalism, but I also have this passion for my art,” said King. “I guess it just came down to which world I wanted to be in at this point in my life,” she continued.

The Montgomery Bus Boycott, starting December 5, 1955, was a civil-rights protest during which African Americans refused to ride city buses in Montgomery, Alabama, to protest segregated seating. The boycott is regarded as the first large-scale U.S. demonstration against segregation.

Residents of Senior Living Facility Fight to Stay in Their Homes

Chinese Dragon is First of 11 Murals