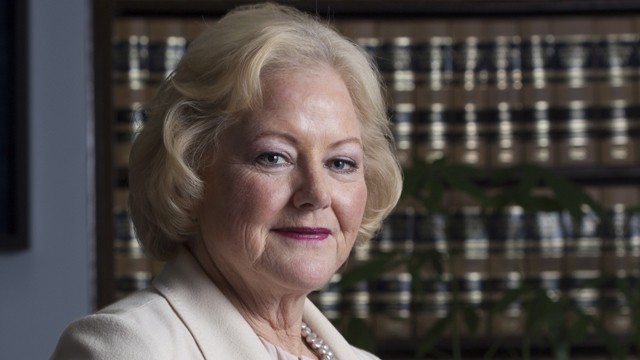 In March, 2018, a group of advocates leading the efforts to reform the Probate Court system met with District Attorney Nancy E. O’Malley.  They presented to DA O’Malley a few compelling cases involved seniors who became involved in the Probate Court. The advocates laid out circumstances under which the senior had their financial resources deeply impacted, and in one case, nearly depleted through the processes of Probate Court. O’Malley listened intently and agreed that her office would indeed, investigate the allegations of Elder Financial Abuse in sixteen (16) cases where complaints had been filed.

Since that time, DA O’Malley has assembled an impressive investigative team and has allocated resources to fully and thoroughly investigate each claim to determine if elder financial abuse has occurred and can be proved beyond a reasonable doubt, which is the investigative question the district attorney’s office needs to answer. The team consists of attorneys who specialize in Elder and Dependent Adult Protection and in Real Estate Fraud, since most, if not all of the allegations of abuse involve seniors with property and assets.

The Team also includes two investigators who are working closely with the attorneys and paralegals.  Importantly, DA O’Malley has assigned Forensic Accountants from her Office to work with the witnesses, reviewing and analyzing the financial documents and provide insight into these allegations and circumstances surrounding the financial issues.   The Teamcontinues to conduct witness interviews, as well as searching, collecting and analyzing documents, many of which are provided by family members of the seniors. The Team is keeping the family members and others informed as they work through the cases.  There are several complaints and the Team is working through each of them with precision and detailed attention.

Over her years in the District Attorney’s Office, DA O’Malley handled several cases involving individuals with cognitive and physical disabilities who became victims of crime. DA O’Malley has written several bills that have become law.

Her first bill that was signed into law many years ago brought attention to the unique needs of individuals who have cognitive disabilities.  The bill changed the law so now, judges can change the hours and configuration of the courtroom, provide more breaks and make the necessary accommodations for the person with a cognitive disability to testify truthfully and completely.

As part of the comprehensive investigations, DA O’Malley has reached out to her network of advocates and professionals, including Tom Coleman, a Disabilities Rights Attorney in Southern California.  He has given great leadership and focus tothe issues of Probate Court Reform.  Discussions are occurring to engage Mr. Coleman as a consultant to the DA Team.

District Attorney O’Malley will be part of the larger policy discussions involving efforts to evaluate and reform the current practices and policies of the Probate Court system.  She has reached out to the Judicial Council as well.  She is hopeful that part of that larger policy discussion will include how these situations and/or issues, often times involving family or friends,can be facilitated through early intervention before matters escalate to litigation.  In the end, her overarching goal is to keep seniors safe, stable, protected and respected for the remainder of their lives.

Anyone having any information or to file a complaint, please contact the Alameda County District Attorney’s Office at 510-383-8600.

Mayor’s Role in Taking Kaplan Off Air Quality Board “Is...

“Putting Equity at the Center,” a Forum for Oakland Parents