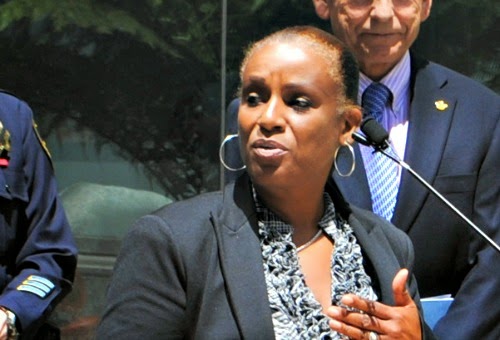 In Part I of this article, Councilmember Brooks wrote that “The Council, Mayor and Administration have once again failed to deliver for our residents who are being left out of this boom economy,” basing their opposition on a legal argument.
Councilmembers Rebecca Kaplan and Noel Gallo voted last week for spending city money to support construction job training for Oakland workers.

It is this kind of “analysis” and “opinion making” around our status quo workforce system and reliance on the Workforce Investment Board that has delayed real workforce investment, kept 20 percent of African Americans and 11 percent of Latinos unemployed and continues to move generations of disenfranchised old Oaklanders out of Oakland through gentrification and displacement.

I had my staff contact the Regional Director of the Department of Labor, who is responsible for the Workforce Innovation and Opportunity Act (WIOA), to ask two questions:

The Regional Director replied as follows: “Non WIOA monies are not subject to those restrictions. and the ‘vision for a comprehensive plan’ does not restrict municipalities from funding whatever job training they want.”
Amid a worsening homeless crisis, record displacement and Black youth unemployment over 30 percent, Mayor Schaaf, the City Attorney and their allies on City Council would rather play politics than propose a better solution to meaningfully address this crisis in our community.

The jobs legislation was modeled on policy the city passed years before to spend millions of public dollars directly to artists. Instead, the “Percent for Job Training” legislation failed with no counter solution. The legislation had proposed to invest over $6 million per year to successfully train, place and retain Oakland’s long disregarded Black and Brown women, youth and formerly incarcerated communities into career jobs.
This is especially frustrating because the City’s own data backs up stories I hear every day from constituents clearly showing that our community desperately needs major investment in job training and career development with room for advancement.

So, what do we do when innovative measures are stalled by months of political gamesmanship by Mayor Libby Schaaf’s administration and her allies? What do we do when there continues to be a pattern that mainstream media still has not connected the dots on where Mayor Schaaf fails (many times intentionally) to implement Council ideas and policy?

If you haven’t followed the lack of follow through by the Administration, readers should look at two recent articles where Mayor’s Schaaf’s administration has continued to fail to provide leadership to implement Council policy (especially ones I have pushed for) and failing to spend nearly $8 million in funding to help stabilize and invest in Oakland’s neediest communities of color.

The East Bay Express reported on Schaaf’s administration sat on millions to address the homeless crisis for over 11 months during a time when the city’s homeless population has been swelling and long-term residents, many of whom do not have the incomes to sustain high rents and skyrocketing home prices, are driven from the city.

The SF Chronicle shows that despite some of my Council colleagues and my efforts to push for innovative equity approaches to protect and support poor and working families, the mayor’s administration stalls implementation of our policy, the result, Oakland’s low-income communities of color are left out or pushed out.

Back to investment in jobs, as a token, the Mayor did offer $275,000 in one-time funding for job training, preparation and placement, a fraction of the over $6 million needed per year.

Mayor Schaaf’s proposed $275,000 would train and place an estimated 40 people versus the proposal authored by myself and Councilmember Gallo would support 900 to 1,000 people per year.

With Black youth unemployment and dropout rates at over 30 percent and Summer upon us, it is especially appalling that Mayor Schaaf would commit less than five percent of what we’re asking.
It is past the time to pass this legislation and deliver equity on jobs!

Please join me in calling on the City to support working families like they do artists. We shouldn’t have to struggle with Oakland’s status quo administration that would rather criticize innovation, sit on millions of dollars or throw pennies at systemic problems.

To get involved in this effort to win a “Percent for Jobs” please email me directly at [email protected].

Op-Ed: “Common Enrollment” System Would Give Families Option to Choose a...

Free Downtown Wi-Fi to Go Live on July 29- Ceremony to...