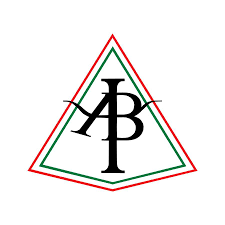 The Association of Black Psychologists, Inc. (ABPsi) was forged in the bosom of Oakland’s activist history in 1968. The founders, including several Bay Area residents such as Wade Nobles, who was a graduate student at the time, Joseph White, Reginald Jones, and others, boldly challenged the American Psychological Association (APA) to critique its science/practice by taking culture into consideration (e.g., a group’s practices and beliefs).
It was apparent to these scholars that comparing Blacks to whites and interpreting the difference as something lacking in Blacks (and defining treatment accordingly) was well off the mark and potentially damaging.
This activist spirit informed the landmark Larry P. court case that addressed the misuse of intelligence tests in California, resulting in the overrepresentation of African-American children in special education.
As a licensed clinical psychologist, I am forever grateful to Black scholars in establishing the field of Black psychology.
I can recall my early training and intimately feeling like the messages about Black families and how to work with them felt alienating; simply not how I knew my people. For example, I knew that the prevalence of single-parent households was not a cultural value as much as a result of complex social contexts.
Engaging with the members of ABPsi expanded my awareness of Black psychology, which was not integrated in my education 30 years ago and still isn’t today for many. Through this scholarship, it became clear that my education and training settings could give me what is needed to be a good psychologist yet not an effective Black psychologist or healer.
My experience is not unique, particularly when reflecting on the realization that only four percent of all psychologists identified as Black/African American in 2016—a consistent finding for years.
The challenge for many Black mental health professionals, especially psychologists, trained in predominately white settings, has mirrored the seminal caution purported by Carter Goodwin Woodson in his 1933 book, Mis-Education of the Negro: “When you control a (person’s) thinking, you do not have to worry about (their) actions.”
The mission of ABPsi serves as an inoculation for many Black professionals and begs questions of the field like:

Inquiries such as these and others should inform questions asked by Black folk of their providers—more than simply asking for a Black provider. As our youth teach us, one needs to be ‘woke’. It shifts the problem-saturated language from ‘at-risk youth’ to social activism of ‘at-potential youth in at-risk environments.’ Healthcare services, particularly mental health, must address more than symptom reduction and contribute to the overall quality of life for those they serve.

There must be more accountability.  Toward this end, it is no mistake that ABPsi returns home to Oakland where it was born to celebrate its 50th anniversary. There will be more than 500 African scholars from around the world and it is imperative that we actively engage local leaders and community folk.

The Emotional Emancipation CirclesSM, a vision of the Community Healing Network (CHN), is one example of the outcomes of such engagement.

This initiative is the first of its kind in terms of having been designed by and for persons of African ancestry in the healing from and coping with the residuals of the myth of Black inferiority and white supremacy on a global level.

More than 500 persons globally have been trained since its inception. Given the current social-political context at home and abroad, we must be more strategic and cross-trained in our work. Oakland and surrounding communities, consider this your personal invitation. We look forward to seeing you. 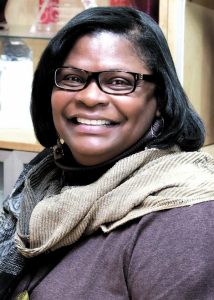 BOOK REVIEW: “The Cook Up: A Crack Rock Memoir”

Torres backs Lincecum for the win