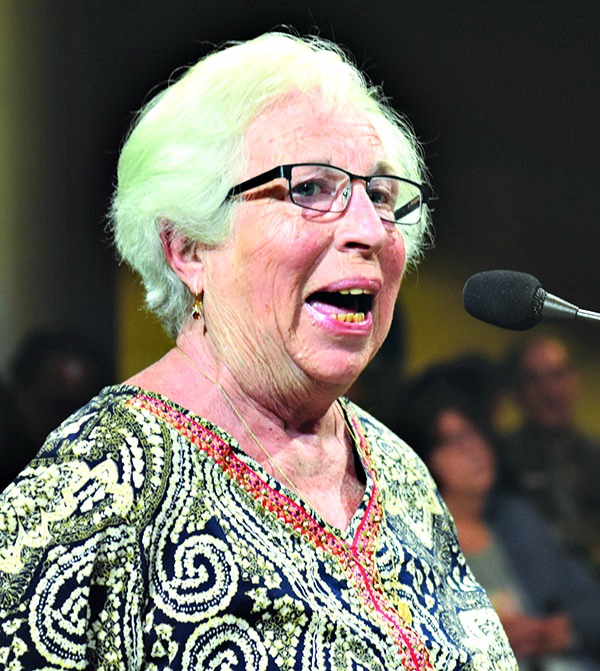 “(This) enabling legislation … assures that the staff and the legal adviser will operate under the supervision of the commission and not the city administration,” said Rashidah Grinage of the Coalition for Police Accountability, speaking at the City Council meeting.

The City Council gave final approval this week to an ordinance that will allow the newly formed Police Commission to function independently of the Oakland Police Department and City Hall administrators who work closely with OPD.

The “enabling” ordinance, which passed 6-1 at Tuesday’s council meeting, lays out guidelines for the commission that were not covered in Measure LL, an amendment to the City Charter approved by 83 percent of the voters in 2016.

Voting in favor of regulations that require commission staff to report to the commission and not to the City Administrator and the City Attorney were Councilmembers Larry Reid, Rebecca Kaplan, Lynette Gibson McElhaney, Dan Kalb, Abel Guillén and Noel Gallo. Annie Campbell Washington voted no.

At Tuesday’s council meeting, the ordinance passed despite the City Administrator’s last-ditch attempt to defeat it.

City Administrator Sabrina Landreth, who had served as police chief for months as OPD tried to recover from the fallout over its notorious sex abuse scandal, told councilmembers that despite the passage of the Measure LL charter amendment, the commission cannot operate independently of her and City Attorney Barbara Parker.

“The ordinance contains provisions that violate the City Charter,” she said. “It is important that we reflect carefully on the impact of something that erodes the integrity of our City Charter, the equivalent of our city’s constitution.

The enabling ordinance violates the city charter “as it relates to administrative functions,” she said.

Councilmember Kaplan, a strong backer of community efforts to bring police accountability to Oakland, defended the enabling ordinance as written.

“I urge that we hold strong and adopt … police enabling legislation and respect the voters of this city, respect the (police) commissioners themselves who have requested items (in the ordinance) and respect the principle of independent oversight,” she said.

The police commissioners themselves have said they need staff who are “independent and who can be relied upon by the commission to be working for them and not be in the same chain of command as the police department,” she said.

Continuing, Kaplan said, “In law, there is always potential for dispute, and there are always gray areas. But as this was a voter-approved ballot measure, the will and intent of the voters is also important. And it was clearly the intent to have independent (police) oversight.”

“We need to have police accountability all the way to the top,” Kaplan continued. “This is a chain-of-command-based organization, and most of what is done is done because it is ordered to be done.

“The commission has to have independence from the full chain of command,” she said.

During OPD’s sexual misconduct scandal, “it was a decision at the very top of the chain of command to let the senior officials involved not be punished,” she said.

During the ICE raid in West Oakland, OPD participated, but it was because of a decision of individual officers,” said Kaplan. “They were assigned to go. There was a decision made above to engage in that behavior.”

Members of the Coalition for Police Accountability, who have been working on the Police Commission for more than two years, thanked the council for passing the ordinance.

John Jones III, who works for the Dellums Institute for Social Justice, connected police abuse to the runaway gentrification that is sweeping the city.

“There’s a reason why OPD is under federal review,” he said. “If we go back to 2003,  when displacement first started in Oakland, there’s a clear connection between the housing crisis and law enforcement.”

Former Mayor Jerry Brown “wanted to bring 10,000 white affluent people into downtown Oakland (also called Brown’s 10K Plan). A mandate (was) given to get rid of Black people in order to make this city more attractive for developers.”

“One other thing happened in 2003 that was a direct result of Jerry Brown being our mayor,” he said. “Our school district got taken over by the state. I would argue that the same person who came up with the 10K plan also came up with a version of that plan for education (opening) up our city to outsiders to come in and profit off our backs and destroy our communities. And we still haven’t recovered since.”

Tom Butt and Corky Booze: From “Good to Bad”

Stockton PD Has an App for That!

Opinion: Councilmember Desley Brooks is a Passionate Advocate for Oakland

The Freedom Farmers Market Seeks to Raise the Next Generation of...

The Town of Allensworth!