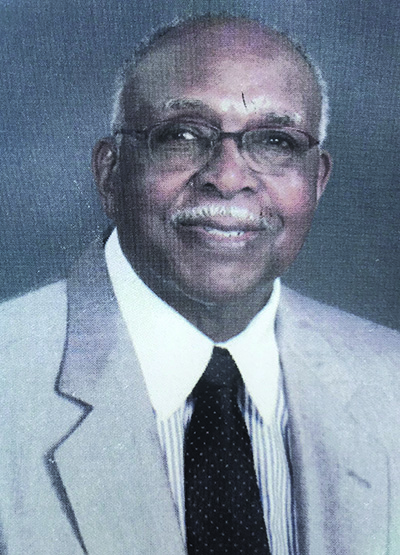 Eddie L. Brown, Sr., was born in Helena Arkansas on September 8, 1928, to the late George and Annie Brown. Eddie was the second of five children, all of whom proceeded him in death; Velma Jean (Brown) Ewing, Evelyn Elizabeth (Brown) Jones, George-Ella (Brown) Hooper, and James/Sonny Brown.

At an early age, Eddie confessed Jesus as his Lord and Savior and worshipped at New Life Baptist Church, in Helena, Arkansas. Born during the Great Depression, Eddie assisted in providing for his family and still found time for his loves; playing football, fishing, dancing, singing, and especially driving.
At the age of 16, Eddie joined the military, where he served as a medical technician at Brooks General Hospital in Ft. Sam Houston, TX. In 1948, Eddie transferred to Ft. Benning, GA, where he completed Psychiatric training to assist in serving his military comrades. After receiving an honorable discharge from the United States Army, Eddie relocated to Chicago, IL.

In 1954, Eddie began working at Walgreens Drugs Store Cafeteria. He left Walgreens and became a mail carrier for the U.S. Post Office. Upon leaving the Post Office, Eddie worked for the U.S. Army at O’Hare Airport as a jet fuel dispenser. He left the Airport for a position with the city of Chicago’s Street & Sanitation Dept. After working for the city of Chicago, Eddie followed his passion and joined the Cordin Motor Freight Company as a driver in partnership with Bob Driscoll (former athletic coach for St. Catherine of Siena School).

In 1968, Eddie and Doris made history as the first African-American family to join St. Catherine of Siena Parish, in Oak Park Il. For the past fifty years, Eddie had been faithful in weekly Sunday worship, singing in the Gospel Choir and volunteering for the various social and fundraising events. Eddie’s life was full of family events, community advocacy and traveling with his wife and children.

Eddie loved to cook, make home repairs and tell family stories. For the past two years, his failing health interfered with many of his normal activities. Through his illness, his daily rituals included thanking “God” for his family, home and the wonderful life God had allowed him to live. Eddie ended each day stating, “God is in charge and God NEVER makes a mistake.”

On June 26, 2018, Eddie departed from this life in his home in the presence of his wife.

“We are the Storm” Exhibit Reveals Unity Under Threat of Climate...