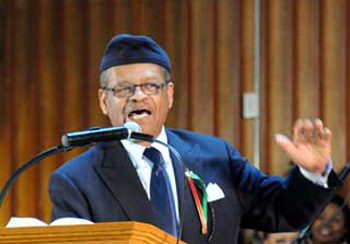 “It is plain why we need tough legislators like you with fearlessness and fire who fight evil,” Pastor Smith wrote in an email.
“Stay strong and keep speaking up for the last, the least and the lowest,” he wrote. 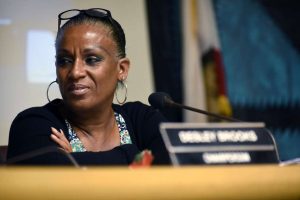 Pastor Smith, a widely respected and beloved community leader, led Allen Temple from 1971 to 2009 before retiring and continuing his ministry as pastor emeritus.

At issue was the support OPD provided in August for an ICE raid in Oakland, a violation of the Sanctuary City resolution, forbidding OPD to cooperate with ICE, passed by the City Council.

As the news of the raid spread, hundreds of angry Oaklanders attended the Council’s Public Safety Committee chaired by Brooks, where she took the police chief to task for violating the policy and pointed out that both the chief and mayor Schaaf had made false statements to cover up OPD’s participation in the raid.

In the wake of the public criticism, Chief Kirkpatrick admitted to calling at least one City Councilmember to raise concerns about Brooks’ leadership of Public Safety.

Several councilmembers backed rule changes that would allow for removal of a sitting committee chair, which many saw as a thinly veiled attempt to punish Brooks.

The maneuver failed in the face of an outpouring of community support for Brooks.

Opinion: Let’s Raise a Stronger Alameda County Together with Measure A

Opinion: Oakland Needs Good Jobs; Can We Trust Uber to...