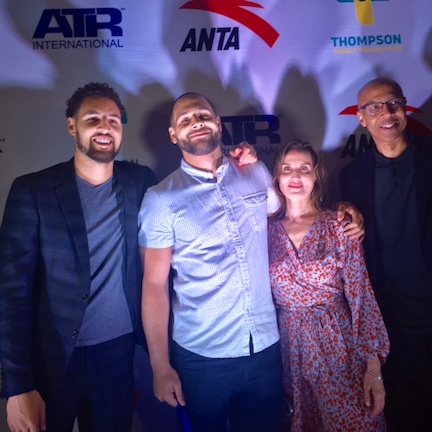 San Francisco, CA – Klay Thompson and his family, kicked off the first annual Golf Tournament hosted by the Thompson Family Foundation.  The foundation’s mission is to raise money to support kids of all backgrounds achieve their goals through fitness and education in both the Bay Area and Bahamas.

Thompson walked the red carpet with his dog Rocco.

The event was held at the Hotel Vitale in San Francisco and Thompson brought along the Warriors three championship trophies for a little ambience.  The foundation raised up to twelve thousand dollars with the auction and will continue to raise money throughout the NBA season. 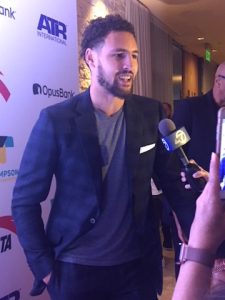 The event was a scuccess, the venue had mulitple golf and virtual stations available throughout the night.  And while Klay was a wonderful host greeting all his guests, his dad handled all free agency questions.

“Not only will Klay be back with the Warriors, he plans to retire a Warrior.”

Growing Movement in Oakland Calls for End to Mass Incarceration

Brooks Calls for City to Fund Job Training for Construction

Violence Prevention Department Bogged Down in Debate Over $300,000 No-bid...