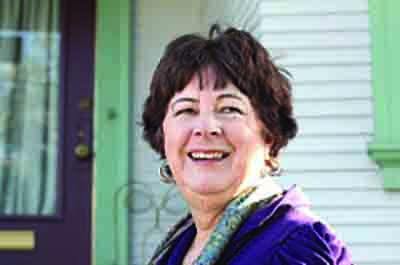 “The level of indifference (Mayor Schaaf) has shown to (homelessness) has been, until very recently, stunning,” says Pamela Drake in her blog.

It’s hard to know how seriously Oakland folks will take this contest at a time when we are glued to Twitter, trying to understand the circus in Washington—but local politics are also a reflection of broader issues coming home to roost.

Libby Schaaf was a local apparatchik for a number of party politicians before she was elected to a single term on the council. She then ran what a pundit described as a “stealth campaign” for mayor.

While everyone was busy blaming Jean Quan for all our ills and taking pot shots at Rebecca Kaplan, Libby Schaaf was tooling around town making goo goo eyes at reporters about her Oaklandish cred. [That was some ish alright.]

After she released her secret weapon, an endorsement by Governor Jerry Brown, she turned out to be the top vote getter in that Ranked Choice Voting surprise.

Now almost four years later, we are experiencing a human disaster like none we’ve seen in our 152 history. Thousands of Oaklanders are living in squalor on the streets and whole neighborhoods have been destabilized by gentrification.

Of course, Ms. Schaaf cannot be blamed for the sudden rise in homelessness, but the level of indifference she has shown to these conditions, has been, until very recently, stunning.

To add incompetence to neglect, this administration managed to misplace $2.2 million desperately needed anti-displacement funds granted by the state. Eventually, they found (the money) but still had trouble distributing it in a timely manner. Meanwhile tent cities continued to proliferate.

Yes, she has raised private funds for Tuff Sheds, probably an improvement on tents, and that’s nice. But when activists of the Homeless Advocacy Working Group, HAWG, offered a list of solutions, I wouldn’t say they were shown the door but just left to sit in the waiting room.

Meanwhile, the mayor created another highly paid position in her office to deal with the problems hiring Darin Ranelletti, Policy Director for Housing Security. Phew, I feel better already.

She spent her first day as mayor hanging out with police officers, because she felt their morale needed boosting and then was blindsided when it came out that they had been engaging in a sex trafficking operation.

When it was also discovered that the department had been involved in cover-up after shameless cover-up, her administration did issue a loud slap on the wrist.

Her next response to this crisis in confidence was to attempt to limit the independence of the proposed charter amendment that set up a Police Commission.

It turns out that her negotiation style is classic my-way-or-the-highway. When she demanded the power to appoint almost half of the commissioners, no compromise was brooked.

I have to add that neither she, her city administrator nor the city attorney have stopped trying to put obstacles in the path of a truly independent police commission even after the voters overwhelmingly supported it.

There have been a number of disasters and scandals during this administration’s first three years, but little has stuck to Schaaf given the mostly positive press she garners locally and nationally: the Ghostship Fire, the cover-up of the new police chief’s complicity in an ICE raid in West Oakland, at least four police shootings in one summer, not to mention the accelerated exodus of native Oaklanders, especially Black Oaklanders from the Town.

Additionally, this mayor has managed to look like a hero against the Jeff Sessions anti-immigrant onslaught while doing nothing to ensure our city’s sanctuary policy is upheld.

She even told a group of immigrants fighting to maintain their Temporary Protected Status in the US who have started a nationwide bus tour to call attention to their plight that she was too busy to meet with them.

My Ranked Recommendations are: 1) Cat Brooks, 2) Pamela Price, 3) Saied Karamooz. If these campaigns work together in the Ranked Choice Voting system, there’s a chance we can beat the incumbent. (That means ranking everyone but the incumbent in almost any order.)

For the complete article by Pamela Drake, go to: https://draketalkoakland.com/2018/08/20/the-oakland-we-knew-and-the-mayors-race/

“My Ranked Recommendations are: 1) Cat Brooks,   2) Pamela Price,   3) Saied Karamooz. If these campaigns work together in the Ranked Choice Voting system, there’s a chance we can beat the incumbent. (That means ranking everyone but the incumbent in almost any order.)”

Activists Fight for Voting Rights In North Carolina: “This Is Our...