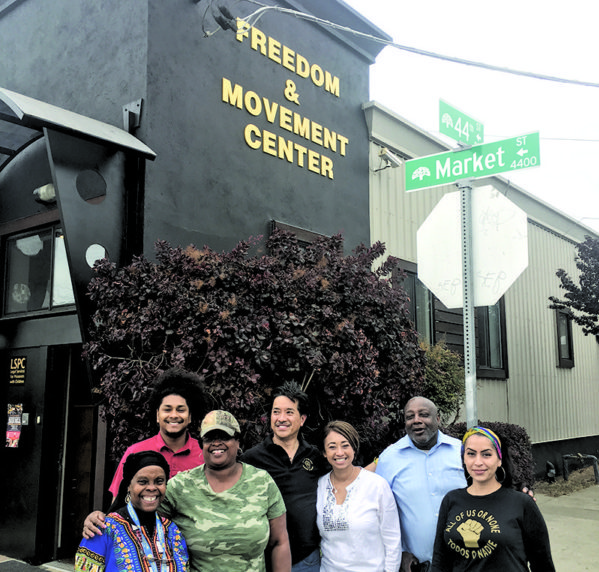 On Oct. 3, 2018, Legal Services for Prisoners with Children (LSPC) will host a gala at the Scottish Rite Center in Oakland to celebrate its 40th anniversary. The gala will feature a conversation with “The New Jim Crow” author Professor Michelle Alexander, BET News Host Professor Marc Lamont Hill, and formerly incarcerated Attorney Vonya Quarles who is the Executive Director of Starting Over, Inc.

The mission of LSPC is to organize communities impacted by the criminal justice system. Their strategies include providing legal support, trainings, advocacy, and public education. One of their signature projects called “All of Us or None” is an organizing initiative started by people who have been incarcerated.

All of Us or None is a grassroots civil and human rights organization fighting for the rights of formerly and currently incarcerated people and our families. The Freedom and Movement Center is the organization’s new home after leaving Francisco.

I recently met up with LSPC Executive Director and All of Us or None co-founder Dorsey Nunn at the Freedom and Movement Center in Oakland, California.

In fact, the building they had rented for 17 years was being demolishing to make way for new development in San Francisco’s transit-rich and walkable mid-market area.

The Freedom and Movement Center opened with a block party at 44th and Market Streets in Oakland that saluted the elders and the community with live music, barbeque and they donated 50 free bicycles, helmets, and electric toy cars to children. The celebration gave inspiration to a community to know that their prodigal sons and daughters were returning home to do right by them.

According to Nunn, he said the inspiration to build a Freedom & Movement Center came from Assata Shakur who he met while traveling to Cuba.

“She (Shakur) said we need to create a space where we felt welcomed and safe,“ said Nunn.

It is often said that those closest to the problem are closest to the solution. As a journalist who is also formerly incarcerated, I must tell you that something very special is happening throughout the country.

Formerly incarcerated people are organizing on a massive level, building a powerful political movement, and encouraging our young not to be duped by a system that will throw you away if you allow it to.

Organizers canvassed Florida and in three hours were able to reach 82,000 people via door to door, text, and other technology.

This is empowerment for the people.