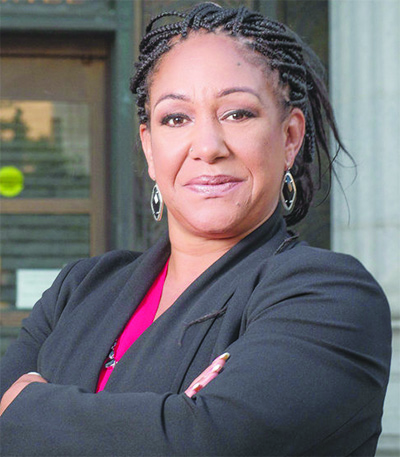 The national Working Families Party (WFP) announced today that they are offering their sole endorsement to Cat Brooks for mayor of Oakland.

“At Working Families Party we want to create an economy that works for everyone,” said Delvone Michael, Senior Political Strategist for the National Working Families Party. “One where politicians are accountable to the working people, and NOT Out-of-Town Developers, Wall Street or wealthy CEOs. That’s why we are proud to endorse Cat Brooks, who will be a mayor for ALL of Oakland. While there are other candidates in the race who we have supported in the past, Cat Brooks is the best person to lead Oakland right now.”

The Working Families Party is a national political organization that runs aggressive  campaigns to raise standards for working families and elect the next generation of progressive leaders. The WFP is considered by political commentators to be largely responsible for the 2013 election of New York City mayor Bill De Blasio.

“We are absolutely thrilled to be supporting Cat Brooks’ campaign for mayor of Oakland,” said Jim Dean, Chair of Democracy for America. “Cat Brooks is doing what few elected officials are by challenging entire cities to be better.  Running a campaign focused on supporting collaboration and community-based leadership, Cat is working for an Oakland that includes the voices of voters in the decisions that affect their lives — especially those involved in ensuring that law enforcement officers fulfill their mandate to protect and serve their community.

“Cat Brooks will move Oakland forward because she lived through breakdowns in government and public safety accountability. She has worked to solve problems from the ground up, not at the whim of distant corporate powers. Cat Brooks will change Oakland and that will light a path for the rest of the country and our failed political institutions.

“DFA is proud to support Cat Brooks campaign for Mayor of Oakland, and, after she’s elected, we look forward to doing what we can to help her deliver for voters and share with the country how she got it done.”

People all around the country look to Oakland to set an example of what is possible when elected officials have the support of a truly progressive electorate.

“Oakland can be an incubator for humane, sensible public policy that actually benefits working families and communities of color – policies that can be replicated across the country,” said Cat Brooks. “That’s why national progressive organizations like the Working Families Party and Democracy for America are joining our campaign. With the support of our national partners, we will work to create a model of how to govern in partnership with the people right here in Oakland.”

Q and A with Local Award Winning Toastmaster Vivian Prater

OUSD Puts Some Money Behind Ending Discrimination in Schools

Peace Be Still Markets In Turmoil