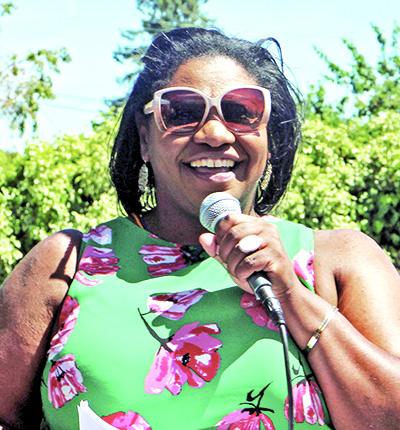 Clarissa Doutherd, who is running for the District 4 School Board, has a son who attends an Oakland public school and is executive director of Parent Voices, a parent-led organization that advocates for public school children and quality early childhood programs.

As leader of Parent Voices, she has balanced and grown the organization’s budget year after year, leading a successful statewide campaign for childcare resources. Doutherd understands what working families need in their schools and encourages them to take charge of their children’s futures.

She’s smart and caring – not only for Oakland’s children but for our whole school community.

Endorsed by all of Oakland’s state representatives – Nancy Skinner, Rob Bonta, and Tony Thurmond, Doutherd will be a much-needed breath of fresh air and innovative ideas on the School Board.

Where does her funding come from?  It comes from Oakland families in small donations and from the Oakland Education Association, the teachers’ union.

Her opponent, Gary Yee, is OUSD old school.  He’s been there and done that, and we can see the results.  In 2002, he was elected to the school board to represent District 4.

That year, the district was taken over by the state due to a $37 million budget deficit. Yee continued as a school board member until 2013, when he was named interim superintendent. Throughout that time, Yee led in growing the top-heavy administration at the expense of the classrooms, especially those of students of color.

OUSD emerged from state takeover in 2009 with a huge debt – greater than the deficit that caused the takeover in the first place.  All districts were taking hits that year as a result of the economic recession.

But Yee led Oakland to make the disastrous decision to shut down its thriving Adult Education programs which were serving 25,000 people. Oakland’s most popular Adult Ed programs provided high school diplomas for former dropouts and English as a Second Language for its many immigrants.

Both of these programs served Oakland parents who wanted to better both their lives and the lives of their children.

While neighboring cities like Alameda and Berkeley absorbed some cuts in their Adult Ed programs, they managed to maintain many of their classes and still do to this day.

But in Oakland, neither of these programs have been restored-in a city where they are desperately needed-there are no second chances and thousands of Oaklanders are still unable to get the opportunities they need.

In the 20010-11 school year, OUSD faced a deficit of $18 million and Yee voted for more cuts, including cuts to teachers by imposing a union contract that drove many experienced educators out of our schools.

Later that year, the school board voted to close five elementary schools, including one (Lazear) that reopened as a charter school within weeks.  It remains unclear if any real money was ever saved by school closures, given the burden of expanding other schools and moving students and staff around.

School closures are always associated with loss of students to the district, especially when a charter steps in to scoop up the state attendance dollars.

Where does his support come from? It comes from GO, a local lobbying group for charter schools, whose major donor is Michael Bloomberg, one of several billionaires who have targeted California, especially Oakland, for takeover by the charter school industry.

We cannot afford a return to business as usual. Elect Clarissa Doutherd to the school board for District 4.

Cal State East Bay Took in 74 Students in Wake of... 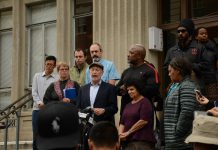 A’s walk-off in the 13th for win over Astros

Oakland Relay for Life, Standing Up Against Cancer