California, the state with the highest rents and most evictions, is the battleground for rent control this mid-term election. The real estate industry and landlord organizations in their insatiable greed have spent $50 million so far flooding TV and media with all manner of lies and deceptions to retain a 23-year landlord-lobbied law that prohibits cities from enacting regulations on rent increases.

Under the Costa Hawkins law, owners can mandate immediate $1,000 or more rent increases—with no limits—and that cannot be protested.

The major factor in California’s runaway rent explosion causing widespread evictions and displacement of households throughout the state is Costa Hawkins.
Repeal of the 23-year-old Costa Hawkins State Housing Act is long overdue.

Costa Hawkins was enacted by the Legislature in 1995, pushed by landlord lobbyists as a response to rent control laws enacted in 1979 in Berkeley, Santa Monica, and San Francisco.

The purpose of Costa Hawkins was to “kill” rent controls by blanketly exempting rented houses and condominiums from ever having their rent regulated; by classifying as “new” and exempting “forever” any rental units built since 1995 (1983 in Oakland) from ever being rent-controlled; and by requiring that whenever any unit under rent control becomes vacant, the landlord cannot be prohibited from charging the new tenant any rent the landlord chooses to impose. (Many people currently renting houses or condominiums are receiving $1,000 per month increases overnight.)

Costa Hawkins also imposes “vacancy de-control”—which means that over time practically all rental units will have their rent amounts reset at the highest possible levels by greedy landlords, thereby nullifying the effect of any rent protections.

Proposition 10 is the result of many years of struggle by pro-tenant forces to remove the onerous Costa-Hawkins restrictions from state law and to restore to local cities and counties the ability to establish equitable laws and regulations as the locale may feel are needed to protect renters and rental units.

Proposition 10 does not make nor establish any new laws. Its repeal will only remove the existing statewide prohibitions that currently prevent cities and counties from being able to make needed laws to regulate rent increases.

This is all that Prop 10 does. The airways, radio, TV, and people’s mailboxes are filled with lies and deceptions by landlords, developers, and owners aimed at misleading people to vote against their own good and leave avaricious landlords and owners completely “free” to continue their wars of greed against renters without local governments having the ability to impose any restrictions or regulations.

If Prop 10 fails, rents that have tripled in many areas over the last decade will continue without limit and the displacement crisis that grips the city will see no end.  Woe to all tenants if a majority “buy” into the lies being fed by avaricious landlords and thieving real estate interests. 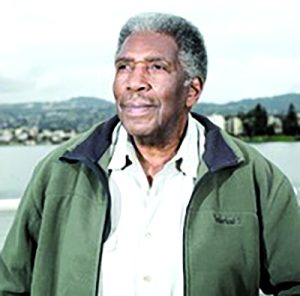 Why anyone would vote “no” to Proposition 10 against repeal of this horrendous scam law is immensely troubling.

James E Vann is co-founder of the Oakland Tenants Union and a member of the Homeless Advocacy Working Group.

Mayor Schaaf will be guest speaker at Women in Business Luncheon

How One Community Gets Three Generations to Play Together

Panel on Operation Ceasefire in Oakland