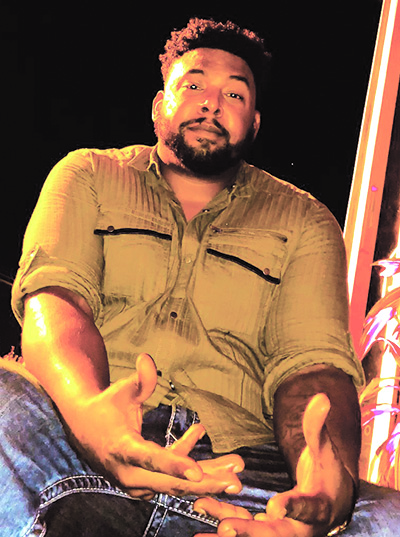 AU Lounge 12/1/18 @ 7 PM
Jovon Davis is a 7 year military vet serving in the US Navy. That’s where he discovered his passion for comedy.
He started stand up comedy in St Louis, Missouri while studying at St. Louis University but was forced to stop due to the need to focus on college or drop out. He graduated with a BS in Environmental Science with a minor in Geographic Information Systems.
Jovon jumped into the Bay Area comedy scene after  moving his family to the East Bay for his day job as an inspector with an engineering consulting firm. He aspires to grow as a comic and keep making people laugh. He co-produces a free show called “Laugh 4 Da Low” at the AU Lounge in Oakland every 1st Saturday. It is a showcase of the hottest local underground comedians in the Bay Area.
This Dec 1st is the second L4DL showcase and Jovon will be headlining the event. Doors open at 7 o’clock.

From Oakland to Standing Rock: Native American Activists Back Struggle to...

Unfair Treatment of Turner Group Construction “Only the Tip...